Pajarito Mountain Is Back Better Than Ever! 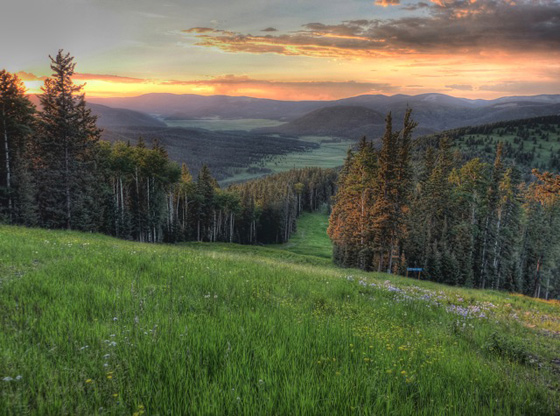 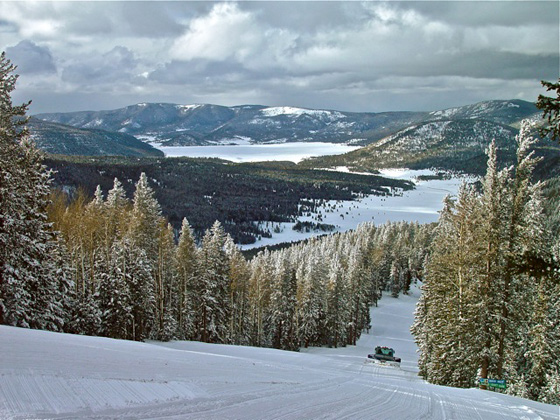 Times have not been easy for Pajarito Mountain Ski Area. A string of mild winters caused low numbers of purchased season passes and shortened ski seasons and the Las Conchas Fire damaged two of the ski area’s chair lifts.

This rash of bad luck has not dampened enthusiasm for the ski area, however. It continues to be a community asset and everyone is encouraged to come out and see this local gem for themselves.

Proof that the Ski Hill has not succumb to a series of unfortunate events is immediately visible. Driving up the curving road to Pajarito, the landscape is streaked with charred aspens and scorched brush but arriving at the ski area reveals an entirely different picture. The ski runs appear untouched by any wildfires and the surrounding areas are lush and green.

What did get damaged during the 2010 Las Conchas Fire was repaired. Board member Doug Krantz explained Chair One or the “Spruce” chair lift received a new hull rope, all new chairs and an upper terminal. In addition, a new exiting ramp was constructed.

Board member Bill Priedhorsky commented that the fire caused the lift’s upper terminal to be “toast” and the chairs fell. Krantz said the hull rope also melted.

Besides the “Spruce” chair lift, the ski club also did work to Chair Five or “the Quad” or “Townsite” chairlift. A new hull rope was installed. An upper terminal was rebuilt as well as the lift shack. Krantz noted that repairing the damages did not put the ski area in financial straits since the club does have fire insurance.

“The fire helped us in one case, because the board was looking to replace the existing ramp on Chair One,” Board Vice-president Jeff Hylock said.

The efforts since the Las Conchas Fire have paid off. The Ski Hill is now 100 percent operational and everyone is encouraged to come up and enjoy the beauty and activities. During the summer months, the Ski Hill is offering hike and bike events. The chair lifts will operate on these days, giving hikers and bikers a ride up the mountain. These events begin this month and run through September.

Pajarito is also hosting its SummerFest event June 15. A day of music, beer, hiking and biking will begin at noon and continue to 5 p.m. Atomic City Transit will provide participants with shuttle service 9 a.m. to 5:30 p.m.

“The mountain is really back together after the 2010 fire,” Priedhorsky said.

Offering summer activities at a ski area is something that is pretty unique to Pajarito, according to Krantz.

“It’s becoming more common throughout the industry but we’ve been doing it since 2004,” he said.

“It’s important because we have this area and it would be a shame to just waste it … in the summer months,” Hylock added,

Also during this time, the ski hill is offering its pre-season sale of ski passes. Starting this month through July, the ski area is offering its “Early Birdie” sale, which features the lowest rates for the season passes.

It’s more than just a great deal. A season pass gives access to a ski resort that is located right down the street.

Hylock said it is a rare thing to have ski resort that is a mere 10 to 15 minutes away from the house. “We’re so convenient,” he said.

Pajarito is an entity that is owned by the community. The ski resort is a 501c (3) non-profit organization that is operated by volunteers.

“Without the volunteer support we would not exist,” Krantz said.