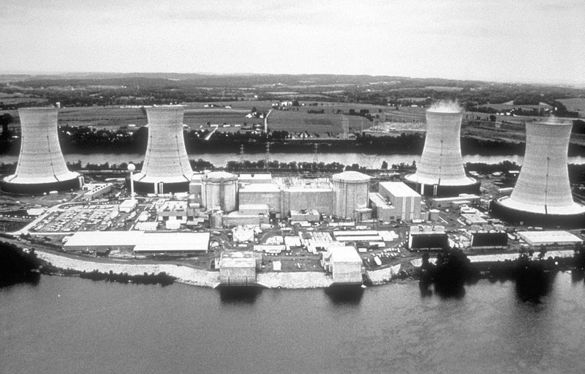 The Nuclear Regulatory Commission will conduct an open house April 11 in Middletown, Penn., regarding the agency’s annual assessment of safety performance for the Three Mile Island 1 nuclear power plant.

Members of the public will have an opportunity to learn first-hand from NRC staff members about the plant’s safety performance during 2011 and the NRC’s oversight of the facility.

The meeting format will allow citizens to discuss plant-related topics on a one-on-one basis with NRC inspectors assigned to the plant and their NRC Region I supervisor.

Overall, Three Mile Island 1 operated safely during 2011, according to the NRC.

At the conclusion of last year, as assessed by the NRC’s Reactor Oversight Process, there were no performance indicators for the plant that were other than “Green” (very low safety significance) and no inspection findings that were “Greater than Green.”

Therefore, for the rest of 2012 Three Mile Island 1 will receive the very detailed inspection regime used by the NRC for plants that are operating well.

In 2011, the NRC devoted approximately 5,160 hours of inspection to the Three Mile Island 1 facility.

“Throughout 2011, our inspectors kept close watch on a daily basis to ensure there were no safety issues of significance. The Three Mile Island 1 plant was among those to meet our clearly defined performance criteria last year,” NRC Region I Administrator Bill Dean said. “In addition, our inspectors spent time in 2011 checking on whether there were any immediate safety concerns at U.S. nuclear power plants following the March events at the Fukushima Daiichi facility in Japan. Those reviews indicated the plants remained safe for continued operation.”

The NRC utilizes a combination of color-coded inspection findings and performance indicators to measure plant performance. The colors start with “Green” and increase to “White,” “Yellow” or “Red,” commensurate with the safety significance of the issues involved.

The agency issues reports on performance at specific plants twice a year: during the mid-cycle, or mid-point, of the year, and at the conclusion of the year.

Inspection findings and performance indicators are also updated on the NRC’s website, each quarter.

Following the release of the annual reports every March, the NRC meets with the public in the vicinity of each plant to discuss the results. The meetings are in keeping with the agency’s commitment to transparency with regard to its activities.

Routine inspections are carried out by the two NRC Resident Inspectors assigned to the plant and by inspection specialists from the agency’s Region I Office in King of Prussia, Pa.

Among the areas of performance at Three Mile Island 1 to be inspected this year by NRC specialists are activities associated with emergency preparedness, radiological safety, the plant’s problem identification and resolution program, and the facility’s implementation of a voluntary industry initiative to address potential degradation of underground piping.