One Boston Marathon Suspect Dead, Brother on the Run 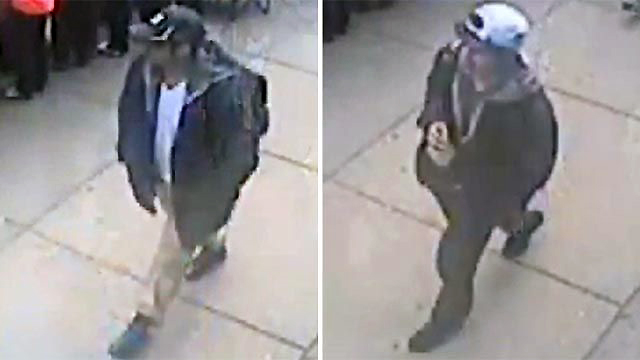 Boston is on lockdown as Boston Marathon bombing suspects Tamerlan Tsarnaev, 26, left, died overnight and his brother Dzhokhar A. Tsarnaev, 19, of Cambridge is thought to be on the run in Watertown, Mass. Courtesy/FBI

A search is underway for the second Boston Marathon suspect, following the fatal shooting of a MIT campus police officer Thursday night.

The suspects involved in the Boston Marathon bombing were brothers from the Russian Caucasus who moved to Kazakhstan before coming to the United States several years ago, according to multiple news sources.

The dead brother is identified as Tamerlan Tsarnaev, 26. Reports indicate that he studied engineering at Bunker Hill Community College in Massachusetts and had taken off a year to train as a boxer.

A posting on a social media site under his name included the comments: “I don’t have a single American friend. I don’t understand them.”

Tsarnaev was wounded overnight and taken to a hospital, where he died.

Officials confirmed early Friday morning that they are searching for the surviving bomb suspect who is identified as the brother of the dead man.

This morning authorities are searching in Watertown, Mass., for Dzhokhar A. Tsarnaev, 19, of Cambridge.

Boston Police Commissioner Ed Davis said at a post-4 a.m. press conference that authorities believe the 19-year-old “to be a man who’s come here to kill people. We need to get him in custody.”

Reports indicate that an MBTA Transit Police Officer was shot during the overnight manhunt through Cambridge and Watertown by two men.

Also, an MIT campus police officer was found shot in his vehicle in the area of Vassar and Main streets. He was shot multiple times. The officer was transported to Massachusetts General Hospital where he was pronounced dead.

An immediate investigation determined two men were involved in this shooting, reports state.

A short time later, police received reports of an armed carjacking by two men in the area of Third Street in Cambridge.

The victim was carjacked at gunpoint by two men and was kept in the car with the suspects for approximately a half hour. The victim was released at a gas station on Memorial Drive in Cambridge. He was not injured.

As police were pursuing the vehicle into Watertown, explosive devices were reportedly thrown from the car by the suspects. The suspects and police also exchanged gunfire on streets in Watertown.

Authorities have locked down the City of Boston under the concern that the survivng brother has explosives.