O’Leary: A Single Excellent Police Department Is The Right Approach For Los Alamos 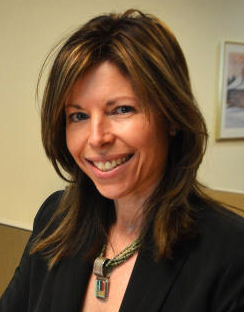 By SUSAN O’LEARY, Vice Chair
Los Alamos County Council
When Los Alamos County was incorporated as a special and unique type of small, one-community County, a conscious decision was made to have a single well-trained, well-funded professional law enforcement agency, the Los Alamos Police Department. At that time there was discussion about just having no Sheriff at all. Some say it was a close call, but the position of Sheriff was maintained as a largely ceremonial post with a nominal salary and a few administrative duties; probably as some kind of compromise decision.

The law of the County is the County Charter; ratified by the voters, enacted and in force in accordance with State Law and the New Mexico Constitution. The Charter is not some kind of second-rate law as has been suggested; it’s our governing law. Elected officials in the County, like me and the Sheriff, swear to uphold this Charter as part of our oath of office. The Charter is clear that the largely ceremonial office of Sheriff has no law enforcement responsibilities.

It seems that we periodically elect a Sheriff who, after taking office, wants to change that situation and wants to create or just to suppose a bona fide law enforcement agency out of this administrative office. Decades ago, a serving Sheriff took this matter to court, seeking to expand the duties of the office. He lost. The law on this is a settled matter.

Even after that, every so often, we citizens elect a Sheriff who develops a strong desire to run a law enforcement agency. But that would be illegal under our Charter; it is explicitly prohibited by the County Charter.

According to the Los Alamos Monitor (12/5/2012), Sheriff Lucero attempted to place a question on our ballot in 2012 that would have changed the Charter, changing the scope of his office to include law enforcement activities. That would have been a legal and proper way to try to change the law that governs our County. I would have voted against it as a bad idea; but it would have been the right way for someone to address the question. If it had passed, the County would have been obliged to provide funding for a second trained, certified, staffed, and fully supported law enforcement agency in our tiny County. But that question never came before the voters because, according to The Monitor, the Sheriff didn’t get enough signatures to bring it to the ballot.

All of these requests and maneuvers have been denied or blocked by a majority of the County Council expressly, at least in my case, because it would have been against the law for the County Council to provide the Sheriff with any equipment or vehicles tied to law enforcement activities; because it is expressly illegal for our Sheriff to perform such duties. As an individual member of the County Council, I have spent a large amount of time and energy repeatedly explaining to the Sheriff that I will not break the law to grant him his wish for his very own unneeded law enforcement agency.

Looking at the essential role of other Sheriffs in large, spread-out, multi-community Counties, it’s understandable that a Los Alamos County Sheriff might want to do more … as other Sheriffs do; but that is not the legal structure we have in place. And unfortunately, our unique legal structure has led time and again to misalignment between the people serving in this role and its actual responsibilities.

I’m concerned about the Sheriff’s unwillingness to accept the legal boundaries of his position and I worry that it could lead to disastrous situations where people who are not authorized or trained for law enforcement activities try to perform them with gravely negative outcomes. Putting personal faith in the current incumbent is not a responsible reaction to this systemic, ongoing risk. This situation needs to be fixed and the unnecessary risk eliminated.

I’m not the only one who sees the pitfalls with the current situation. Many other citizens who are knowledgeable about this situation, but who are reluctant to engage in a public argument about this hot-button issue, share this perspective and have encouraged the County Council to send this question to the voters; and I voted to do so. In the General Election this fall, I will vote “Yes” to eliminate the office of the Sheriff at the end of Sheriff Lucero’s term, in 2018.

My decision is based on my understanding of the law; on my confidence in the effectiveness of our highly trained and well-funded Police Department; on the marginal contribution the Los Alamos County Sheriff can make with its narrowly defined roles; and on the dysfunction and acrimony that result from the lack of alignment between some of the people who want to serve as Sheriff and the authorized nature of that position in Los Alamos County.