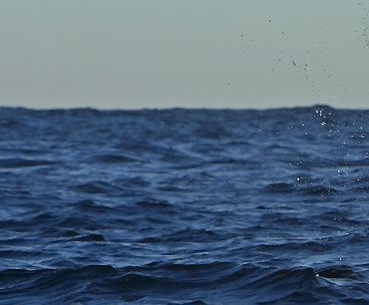 WASHINGTON – Changes in ocean salinity over the second half of the 20th Century are consistent with the influence of human activities and inconsistent with natural climate variations, according to a new study.

Ocean salinity changes are driven by the world’s patterns of evaporation and rainfall, which themselves are changing.

Observations over recent decades have found a general intensification of salinity differences in which salty ocean regions experience even more evaporation of surface waters and relatively fresh regions are becoming even more diluted with precipitation.

These patterns are part of global changes in precipitation and evaporation.

Pierce said the significance of the study is that it provides an independent check of the effects of climate change on the water cycle using different instruments and techniques than weather
station rainfall measurements.

Studies of rainfall over land are harder to measure and place in context because of changes to weather stations over the years and the episodic nature of storms.

“The salinity in the ocean averages out all that variability,” Pierce said.

The paper is being published today in the American Geophysical Union journal Geophysical Research Letters.

The study builds on previous analyses conducted in the last decade by Barnett, Pierce and others.

They demonstrated that rising temperatures in the upper 700 meters (2,000 feet) of the ocean also can only be explained by anthropogenic climate change, which is caused mostly by an
accumulation of carbon dioxide created by fossil fuel use.

This research complements the temperature analysis by considering salinity, the other main factor that determines the density of ocean water. Ocean water density is a key factor
determining how water moves in the oceans.

“By combining the analysis of salinity and temperature, this study brings our level of understanding global scale oceanic changes to a new level,” Gleckler said.

The previous temperature studies and this analysis of ocean salinity use a technique known as detection and attribution.

In this method, observed trends in ocean salinity are compared to the effects of various historical phenomena such as volcanic eruptions or solar fluctuations and to climate cycles such as El Niño.

When the computer climate models were run, the influence of those phenomena does not replicate the salinity or temperature patterns that researchers have observed since 1955.

Only when the warming trends associated with human activity were added could the observed salinity trends and temperature changes be explained.

The research performed in this study will likely contribute to the next report of the Intergovernmental Panel on Climate Change, scheduled to be released in phases beginning in 2013.

The U.S. Department of Energy and NOAA funded the research.