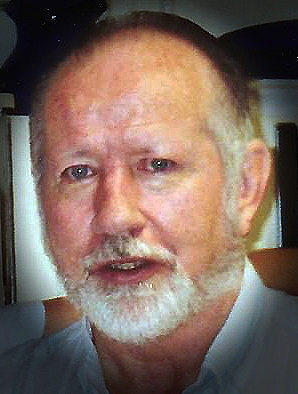 During his last days he was surrounded by his family and friends while in Kaseman Presbyterian Hospice in Albuquerque.

He is preceded in death by his father, John Gaskill, his mother Margaret Gaskill McCarter, and his granddaughter Marta Shonrock.

Bill married Alice Aug. 29, 1965, and for a short time lived on her father’s ranch along the Laramie River, then returned to Fort Collins so Bill could finish his schooling. During this time, his two daughters were born, Christine and Debbi. Upon finishing his degree, the family moved to Thief River Falls, Minn. and finally to Los Alamos, N.M.

Bill later married Virginia Lujan Sept. 29, 1989 and lived in Los Alamos until their move to Albuquerque in 2000.

Early in his career, Bill worked for Artic Cat Snowmobile where he designed, built and test drove their sleds. Later when they moved to Los Alamos, N.M., he worked at Los Alamos National Laboratory first as an engineer and then as a program manager. He loved his work at the Laboratory and the challenges it brought until 1995 when his health declined and he began disability retirement.

Bill was an active and dedicated member of the Los Alamos Rotary Club. When his health allowed, Bill delighted in motorcycles, snowmobiles, skiing, horses, climbing and travel.

In 2000, Bill and Ginny moved to Albuquerque to better take care of his health needs. Bill had such a passion and will to live. He loved his wife, cherished his children, adored his grandchildren, respected this country and had faith in God.

There will be a memorial service Saturday May 18, 2013. Details will be announced later. The family asks, in lieu of flowers, that donations be made in his name, to the hospice center that cared for him. Please specify that the contribution be used for Inpatient Hospice: Kaseman Presbyterian Hospice, Inpatient Unit; 8300 Constitution NE; Albuquerque, N.M. 87110