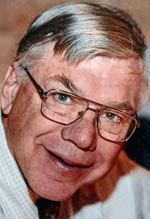 William (Bill) Henry Meloy, 72, passed away on June 17, 2017. He was born in Enid, Oklahoma on October 22, 1944 to Jesse Henry and Jessie Lee (LaRue) Meloy. He graduated from Hobbs High School in Hobbs, New Mexico, and completed his degree in Business Administration from Western University, Silver City, New Mexico.

Bill was awarded a Purple Heart serving in the US Army as a medic during the Vietnam War. He was a certified pipefitter working for 30 years for the maintenance contractors for the Los Alamos National Laboratory.

Bill was an avid outdoorsman, enjoying fishing, hunting, and camping. He spent much of his free time in national parks, monuments, and forests. He was a member of the Los Alamos Sportsmen’s Association, the Local 412 Pipefitters Union, and the National Rifle Association. Bill is widely known for his sociable spirit, having friends from many walks of life. He was quick to recognize and respect sincerity and integrity in those around him. He could always be counted on to share a joke, fun memory, or tall tale.

Most days, you could see him tinkering with something in the shed or garage or reading a western mystery novel. He was an avid reader. He closed his eyes when thinking or dancing, but that kept him open to the world. There was never any pretense with Bill, a man who lived a simple yet full life, who never ceased to impress you with his knowledge of the smaller intricacies of life, and who loved “home” and the people whose hearts made home where it is.

A private family ceremony is planned at the National Cemetery in Santa Fe. Your thoughts and prayers are appreciated. The family of William (Bill) Henry Meloy has entrusted the care of their loved one to the DeVargas Funeral Home & Crematory of the Española Valley. www.devargasfuneral.com 505.747.7477.