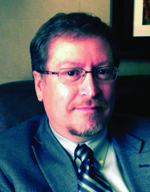 Wayne Wentworth was born February 20, 1962 in Vernon, Connecticut to James Allan and Anita Pearl (Sirois) Wentworth. He graduated from East Hampton High School, East Hampton, CT in 1980. In 1984, Wayne received a Bachelor of Science degree in Petroleum Engineering from the New Mexico Institute of Mining and Technology.

Wayne married Diane Cauley Landry in August of 1994 in Greenfield, Massachusetts. Shortly afterward, they moved to the Southwest where they spent the next 21 years calling New Mexico and Nevada their home; even as Wayne’s work called for many assignments across the country.

Prior to his work in the government sector, Wayne provided corporate and nuclear facility oversight for Yankee Nuclear Services Division and Duke Engineering and Services, with a focus on the Rowe, Vermont Yankee, Maine –Yankee and Seabrook nuclear power plants.

Wayne was a classic car enthusiast and especially loved restoring his old Corvettes. He also enjoyed many outdoor activities, such as kayaking, hiking and metal detecting. He loved his rescue cats, Oliver and Thomas who he called his “boys”. He especially adored his grandsons, Jax and Josh.

Condolences may be expressed at dentonwood.com.