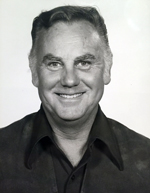 On December 29, after a long struggle with cancer and in home hospice care Walter P. Wolff died with family members around him.

Walt was born in 1928 to Edythe and Walter F. Wolff in Goodland, Kansas. He graduated from Sherman County High School in 1946, joined the Navy where he attended Naval Electronic School and was assigned to Destroyer Duty in the Pacific as an Electronic Technician. After discharge in 1948 he entered the University of Notre Dame but in 1951 was recalled into the Navy to serve in the Korean War. That same year he married Marilyn Jones in Goodland and she accompanied him to Norfolk, Virginia where he was assigned to a Tactical Air Control Squadron. After discharge in 1952 he returned to Notre Dame and graduated with a degree in Engineering in 1953.

After a year at his first job with Honeywell in Minneapolis he took a job in New Mexico with the Los Alamos Scientific Laboratory (LASL) working in the assembly and testing of nuclear explosives.

From 1954 to 1979 Walt was a member of Assembly, Arming and Firing teams for atmospheric nuclear tests at the Pacific Proving Ground and later on for underground tests at the Nevada Test Site. He was Project Engineer for the modification and operation coordination of the Los Alamos National Laboratory (LANL) NC-135 diagnostic aircraft in the Test Readiness Program. He spent many hours aboard this diagnostic aircraft flying scientific missions around the world. He became Group Leader of the Timing, Firing, and Instrumentation Group in 1972.

In 1979 Walt was named LANL Test Director and later Program Manager for Field Operations directing over 40 LANL events. In 1988 he was assigned to the US Delegation for Nuclear Testing Negotiations with the Soviet Delegation in Geneva. He visited the Soviet test site in Semipalatinsk several times as part of the reciprocal agreement with the Soviets.

In 1979 he married Joyce Headdy. They spent 37 years together traveling in the U.S., Mexico, Europe, and Africa, gardening, playing tennis, and later building their cabin, where he could wear his signature bib overalls full time.

He retired from LANL in 1989. His enjoyment of people and travel, his tact and diplomacy made his career custom suited to his abilities and personality. In 1996 Walt and Joyce moved into their log cabin, which he, his son, Mike, and Joyce built on 70 acres of woodland hills, above Trinidad, Colorado. They named the property Loma Lobo, Spanish for wolf hill. Here he learned the pleasure of having pets, Oso the big dog, Jamie the little dog and Tully the ornery cat.

He served on the board of the first Property Owners Association for Santa Fe Trail Ranch and volunteered for the Colorado Division of Wildlife. The Southern Colorado Repertory Theatre became an important part of his life in Trinidad and he looked forward each summer to meeting energetic young actors and watching them perform – even to encouraging proper cigar smoking protocol on a warm summer evening.

All his life Walt was an avid photographer. One of his greatest pleasures was documenting fishing trips, parties, festivities and events then sharing the results with the many treasured friends he gained wherever he went. Walt was always thankful for his loving family, countless dear friends, a rewarding career and the peace and solitude of his Colorado property. He was loved and respected by everyone who called him friend.

In 2012 he decided, sadly, that it was time to leave the demanding life of a rural mountain home and return to Los Alamos, with the comforting knowledge that he could return during the beautiful Colorado summers. He was comforted knowing that his children would inherit Loma Lobo – a place they too loved.

Walt was a devoted and loving father immensely proud of his five children who survive him along with their mother, Marilyn Ziegner in Arizona. They are Nancy (Howie Thorhaug) in Idaho, Mike in Colorado, Mary (Tom Pike) in Nevada, Judy (Joe Trujillo, deceased) (Gary Johnson) in South Dakota, Steve (Teresa Wright) in Wyoming and exchange student, Pilar de Carbo of Quito, Ecuador. Walt is survived by his wife, Joyce, in Los Alamos. He was a loving stepfather to Shari (Bill Mills) in Los Alamos. His grandchildren are Marcella (Christopher Williams) in Missouri, Sarah Pike in Utah, Kaitlin Wolff in Colorado, Kelsey Wolff in Washington and Kyle Wolff in Wisconsin. He had three great grandchildren, Brody, Charley and Reagan Williams. Extended family include granddaughter, Paige (Bob Early) their three girls, Maddy, Beth and Sarah in Alaska and grandson Nathan Anderson in Texas, Keith and Greg (Mara) Thorhaug and their two daughters, Adeline and Helen, in Idaho.

According to his wishes there will be no services and his ashes will be buried in Guaje Pines Cemetery in Los Alamos. An open house in both Los Alamos and Trinidad, Colorado will be announced later. Donations in Walt’s memory can be made to the Southern Colorado Repertory Theatre, 131 West Main, Trinidad, Colorado or the Atomic Testing Museum, c/o Mary Pike, Board of Directors, 4860 Pearlman Lane, Las Vegas, NV, 89147-5238.