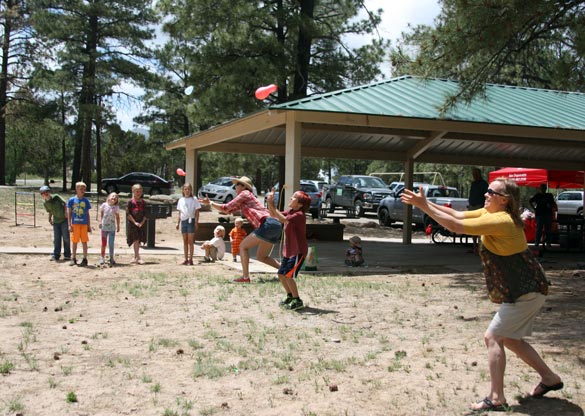 He was born in Fort Dodge, Iowa, on October 8, 1924, the only child of Robert & Margaret Keenan. He was educated in both public and Catholic schools and was active in the music program, playing saxophone in the High School Band, clarinet in Orchestra, and both instruments in a dance band. Tom’s Dad, Robert, had to travel most weeks so he was alone with his mother. She always read to him at night and endowed him with a rich understanding and love of books and stories.

He graduated from Ft. Dodge High School in 1942, and given the involvement of the United States in WWII at the time, he was drafted early in 1943 after he turned 18. He was first sent to basic training in the Army Air Corps (as it was called then) followed by Photo School and was ultimately assigned to the 34th Photo Reconnaissance Squadron. He served in Europe from early 1944 to late 1945.

After his return home, he attended Ft. Dodge Junior College and then transferred to the South Dakota School of Mines in Rapid City where he earned a B.S. in Chemistry. Always intrigued by the West, he went on to the University of New Mexico and completed his Chemistry M.S. Degree in June 1950. It was during this summer that he first began to work at Los Alamos. Back then, he worked at what then was Group CMR-4 at DP-West. This group had responsibilities for studying the basis chemistry of plutonium, americium, and curium which was about as far as the Periodic Table went in those days.

After this exposure to Actinide Chemistry, Tom decided to go on for a Ph.D. Degree. In late May of 1951, he was headed back to Los Alamos for a second summer in Group CMR-4; however, before he left, an event took place that would change his life forever. He’d returned to Ft. Dodge briefly since his parents were moving to California. During those few days, he met the most wonderful, loving, and elegant partner with whom he would spend the next 58 years. Her name was Beverly Maxine Carlson. Their first meeting was a typical “blind date”. Like many blind dates, there were some misunderstandings as Tom originally thought that Bev Carlson was a different “Bev” and she originally thought that Tom Keenan was a different “Tom”.  However, it didn’t take long for these misunderstandings to develop into a wonderful marriage full of love for both of them.

Tom & Bev were married in August 1952 at Corpus Christi Catholic Church in Ft. Dodge, following which they moved to Albuquerque where Tom had one final semester at UNM. In early 1953, they came back to Los Alamos and made their home for the next 58 years.

Over the next 8 years, they were truly blessed with 4 fantastic children – Jackie, Kathi, Shelly, and Bob. Bev & Tom had a close and happy family. Since he had to work all day, one of Tom’s delights was reading bedtime stories to the kids just as his mother had read the same stories to him a generation before. Tom & Bev were also active in the Immaculate Heart of Mary Catholic Church. Bev was the funeral coordinator for many years. Tom had the responsibility of scheduling and recruiting lectors, as well as being a very active lector, even after his 89th birthday.

Tom had several positions at the Lab. Originally, he was a research chemist in CMR-4 and these were exciting years for Tom. He authored or co-authored about 40 papers in 20 years and of course made lots of professional contacts, not only at Los Alamos, but in other areas of the AEC fraternity. In 1969, he transferred to a group which was developing advanced Pu-238 Power Sources for Unmanned Space Exploration. In 1976, he was appointed Group Leader of Group H-7. This Group managed all of the radioactive and hazardous wastes generated at the Lab along with R&D program to develop a successful radwaste incinerator. In 1981, he moved to the Nuclear Energy Office which coordinated all such programs at the Lab. His former experiences and contacts proved invaluable in carrying out this work. For the last few years of his career, he was the Associate Group Leader for Waste Management Group MST-12 at TA-55. He was also Acting Group Leader for MST-12 for his last year.

The Keenan family always enjoyed camping and traveling. With Bev’s mother and siblings back in Iowa, and Tom’s parents in California, they usually made alternate summer visits to each. Each trip was about 900+ miles but the Keenans always “stayed out” for at least 2 nights each way. This gave them the opportunity to find motels with nice swimming pools for “exercise” (which really meant those 4 fantastic kids splashing Daddy). Tom’s California parents lived only 7 miles from Disneyland (which was then growing exponentially!) so there was a new ride every other summer. Their trips to Iowa let them catch up with their many Carlson relatives. Tom and the kids took up snow skiing in the winters and water skiing in the summers so they were always busy and happy in these activities. Their trips to Iowa and California allowed them to see the vast differences in the United States ranging from the flat but fertile wheat fields of Kansas and Nebraska and the rolling corn fields of Iowa, to the more mountainous and desert scenery between New Mexico and California.

After 35 ½ continuous years at LANL, Tom retired in 1986. He & Bev bought a motor home and toured all of the lower 48 states over the next few years. They also discovered the delights of ocean cruises and took several of these as time permitted. By this time, all of their kids had married and had begun their own families but truly and fortunately for Bev & Tom, they all remained close. Skiing in the winters and camping & waterskiing in the summers now meant kids, spouses, grandkids, and family friends were included, and the campfire ring kept growing. All of these led to thousands of memories to relive often, even to the final hours of Tom’s life.

Throughout all of these years following 1995, Bev’s health began to deteriorate and she underwent hip replacement surgery twice, along with severe and debilitating arthritis. Her spirits remained as keen and vivid as ever, even though her mobility was considerably reduced. The continued closeness of their family was steadfast and splendid during these years. Tragically, Bev died in April 2011.  Their kids transferred their help and support exclusively to Tom. He was so grateful that he always could count on them in his own declining years. He moved to Aspen Ridge Assisted Living, where he spent the rest of his life. He received excellent care, and the staff became part of his extended family.

Tom felt so lucky to have lived when he did. He wasn’t hurt in WWII and had the GI Bill to complete his education. His years at the Lab were truly the Golden Era when things got done that needed doing. He always had a good job which he loved, and moreover he was so happy with his wife and family over all the years they shared! Tom was proud to be a member of the “Greatest Generation”.

May there always be work for your hands to do

May your purse always hold a coin or two

May the sun always shine on your windowpane

May a rainbow be certain to follow each rain

May the hand of a friend always be near you

May God fill your heart with gladness to cheer you.