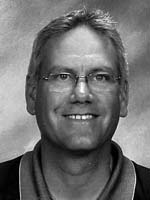 Thomas Arthur Peterson passed peacefully from this world on Monday morning, July 20, 2015 at the age of 56, with his sister Anne and partner Hilde Dillien at his side.

He was born in Los Alamos, NM on February 18, 1959. Tom attended school in Los Alamos and went on to obtain a Bachelor’s degree in Mathematics at the University of New Mexico.

Most of his professional career was spent working at Pajarito Scientific, first in Los Alamos, and later in Santa Fe. His work led him to travel to many places, and it was while on assignment in Belgium he met Hilde, the love of his life for 22 years. After living in Belgium for a time, Tom returned to New Mexico and spent the following years splitting his time between the U.S. and Belgium.

Known as Calm Tom by his river running friends for his composure while paddling a sinking canoe, Tom enjoyed paddling his canoe on northern New Mexico rivers and lakes. More recently, his time was spent renovating an old adobe house in Santa Fe, and working in his beautiful garden.

His calmness, humor and bravery permeated his life both before and during his struggle with pancreatic cancer. Tom was preceded in death by his father, Peter Jay Peterson and his stepfather, Harry Muffly, and is survived by his mother Harriett Peterson Muffly, his brother Eric Peterson and Eric’s son Jeff, his sister Anne Peterson and Anne’s husband John Elliot, and his life partner Hilde Dillien, Hilde’s brother and sister in law Nand and Mieke Dillien and their children Jochen (Tom’s godson) and Jeroen.

Tom will be sorely missed by his friends and family. A memorial service will be held at Bethlehem Lutheran Church in Los Alamos on Saturday, July 25 at 11 A.M.