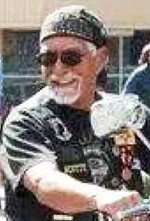 Scott Wilkinson has gone home. He was born January 16, 1958 to Gerald (Jerry) Wilkinson and Betty Jane Christensen, and left this world on January 9, 2018.

Scott was many things in his life; a son, a brother, grandfather, an uncle and cousin, a husband and a father, and a friend and confidante. Most importantly, he was a kind and caring soul, and a selfless, simple kind of man. He was most in his element when he was giving, whether to those less fortunate or those who were hurt. Many of his fondest memories were having “his knees in the breeze” for Veterans and being a member of the Kelley Canyon Ski Patrol.

Scott grew up in Idaho Falls and Shelley, ID. He attended Shelley H.S. and earned a B.S. degree from ISU and M.S. from Pepperdine Graduate School of Education and Psychology.

In 1980, Scott married Cindy Wells, from Woodville, ID. They later divorced. From this union, two beautiful daughters were born, Aytum and Jocelyn.

Scott is survived by his daughters, Aytum Wilkinson (William Richards) and Jocelyn (Dustin) Meyers, grandchildren; Mya, Tasia, Sophia, and Jaxon, his mother, sister, Sharla Cunningham, and his nieces and nephews.

Scott was preceded in death by his father and maternal and paternal grandparents, cousins and too many friends.

Scott spent his later years working to assist our nation’s veterans. Scott was a proud member of the Sons of the American Legion, Legion Riders, Patriot Guard Riders, and the Benevolent and Protective Order of Elks.

In lieu of flowers, if you are so inclined, please send donations to the Elks National Foundation in Scott’s name via;