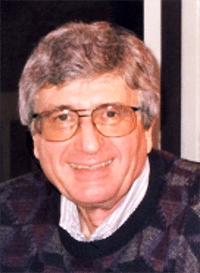 Robin S. (Rod) McDowell died Monday, Jan. 16, 2023, at Evergreen Medical Center in Kirkland, Washington at age 88. He died with his devoted wife and both adoring daughters at his side, loving grandchildren and sons-in-law nearby (due to visitation restrictions) or en route.

Rod was born in 1934 in Greenwich, Conn., and graduated from high school in Stratford, Conn. He earned a B.A. in chemistry from Haverford College in 1956 and a Ph.D. in physical chemistry from M.I.T. in 1961.

Having been twice a summer student at Los Alamos, he returned there in December 1960, joining the Inorganic and Structural Chemistry Group at the old DP West site. He stayed there for 16 years, except for eight months on Maui in 1962, on loan to J Division during Operation Dominic. In 1974 he transferred to the Applied Photochemistry Division at TA-46, progressing from staff member to Assistant Group Leader, and in 1983 to Laboratory Fellow.

After 30 years at LANL he changed careers, becoming in 1991 Senior Chief Scientist and program manager at Pacific Northwest National Lab in Richland, Wash., where he was proud to have helped establish the DOE’s Environmental Molecular Sciences Laboratory, from which he retired in 2001. In 2003 he and his wife Arlene moved to a home overlooking Lake Washington in Kirkland, suburban Seattle.

Rod’s principal research field was molecular spectroscopy and its application in understanding molecular structure and bonding. In the early 1970s the invention of tunable diode lasers greatly improved spectroscopic resolution, and they were being used in AP Division, where the infrared spectrum of uranium hexafluoride was critical to the Project Jumper uranium isotope separation program. Rod was the first to fully analyze these complex spectra; this work was classified for several years, but analyses of the similar sulfur hexafluoride molecule were published starting in 1975 and attracted much international attention to the LANL program. Rod authored some 100 refereed journal publications with 85 coauthors from six countries, plus several review articles, and entries on spectroscopic topics in technical encyclopedias. He belonged to numerous scientific organizations, and in 1987–89 was President of the Coblentz Society, which supports vibrational spectroscopy.

Rod was also active in civic organizations, chairing the Los Alamos County Library Board for two years and serving on the Board of Trustees of the Mid-Columbia Symphony Society in Richland. He was an avid skier and hiker, familiar with every trail in the eastern Jemez, and in graduate school had climbed all 46 of the 4000-foot peaks in the White Mountains of New Hampshire. In retirement he pursued an interest in genealogy.

In 1963 Rod was fortunate to wed Arlene Egertsen, a teacher and guidance counselor in the Los Alamos school system, his love and companion of nearly 60 years. Their homes in Los Alamos and later in Kennewick and Kirkland, Wash., always welcomed visitors. He was especially proud of his two daughters: Jennifer (Brett Clementz), a professor in the psychology department of the University of Georgia, Athens, and Allison (Erik Enstrom), who works at a local high school in Bothell, Wash. He leaves four grandchildren: Jackson and Cameron Enstrom (ages 20 and 17), and Taylor and Lauren Clementz (ages 20 and 18), for whom he relished being an indulgent Papa.

There were no services, but immediate family held a private Celebration of Life in his memory. Rod would have wanted any contributions made in his memory to go to the Los Alamos Historical Society.