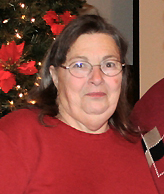 Roberta Delores MacInnes, age 64, a resident of Los Alamos since 1997, passed away on Saturday, December 20, 2014 at the St. Vincent’s Regional Medical Center from a brief illness. She was surrounded in death by her loving family.

She was preceded in death by her parents, Robert and Geneva Hinkson; her brother, Robert Hinkson, Jr. and her sister, Bobbie Hinkson. Roberta is survived by her beloved husband of 17 years, Mark A. MacInnes, three adopted children, Marie, Renee, and Louis MacInnes, many of their biological relatives (Vialpando) from the Española area, several of Roberta’s aunts, nieces, and nephews; first husband, Raymond Lantz of Gig Harbor, WA.; her lifetime best friend, Sandy Hollcroft and husband Stoney of Buffalo, Wyo.

Roberta became known to many in the area as a Certified Nursing Assistant employed at the Los Alamos Medical Center, and LAMC home health services, and also at the Sombrillo Nursing and Rehabilitation center. At Sombrillo, Roberta became the Facility Social Worker for several years providing essential social services for hundreds of patients and their relatives. She was held in the highest regard by those who needed her friendship, caring, and advocacy.

Prior to moving to Los Alamos, Roberta was a senior member of the United States Civil Air Patrol (CAP) whom attained the rank of Lieutenant Colonel, United States Air Force, CAP auxiliary. She rose in rank to CAP Squadron Commander, at Travis Air Force Base. She later served in numerous positions in CAP Wings both in California and Washington states. She has many CAP friends and colleagues who served with Roberta, including her former spouse and still very good friends, Ray Lantz and Shirley Timm.

Roberta felt great love for animals especially Whippets, Italian greyhounds, and her beloved horses. Roberta was a talented rider of both western and English disciplines, in her teenage years, who won championships on her beloved Thoroughbred, Blue Boy. She later showed champion Whippets and Italian Greyhounds during her many years in California with Ray Lantz. At her death, the MacInnes’ cared for eight horses, five Italian greyhounds, and several rabbits.  All of her animals provided her with solace. Mark supported her loving of her wonderful creatures including her beloved Arabians SQ Suitor, Lul Abai, Al Abai and Shamira. May Roberta’s soul find a new herd of angelic Arabians to frolic with!

In accordance with her wishes, Roberta’s body was cremated at the DeVargas Funeral Home & Crematory. Her ashes have been returned to the family for eventual dispersal at the place of her choosing, the Grand Canyon, which she enjoyed especially visiting with her family. A Memorial Service in her memory is pending arrangements in the spring of 2015. In lieu of flowers, well wishers are requested to contribute a small donation to the American Diabetes Association. The family of Roberta Delores MacInnes has entrusted their loved one to DeVargas Funeral Home & Crematory of the Española Valley.