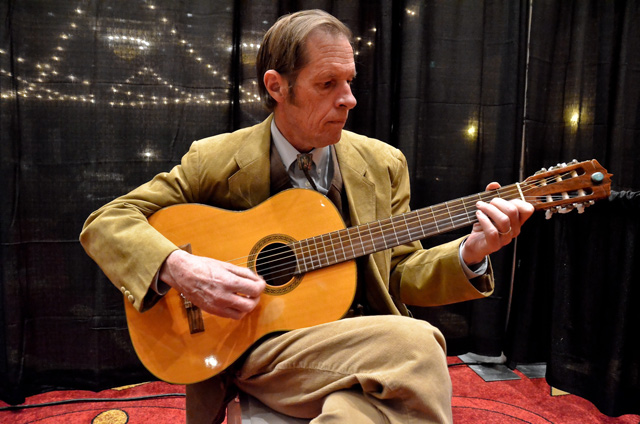 On Wednesday, July 8, 2015, Ricardo Agapito (Pete) Herrera, 71, of Las Vegas, NV, and formerly of El Rancho, NM was called home to the Lord after a brief battle with cancer.

Pete was born on August 12, 1943 and raised in Nambe, NM with his siblings. A man highly regarded, he contributed to the community in many capacities and loved his family dearly. He retired from Jemez Mountain Electric Cooperative as a power lineman and was the original owner of Santa Fe Auto Detail. He was a Miembro of the Sociedad de la Santisima Trinidad, San Antonio de El Rancho (Blessed Holy Trinity) and served on the Catholic Church council.

Pete was influential in the encouragement of two of his sons to serve as altar boys in Pojoaque and El Rancho. He was a member of the Pojoaque School Board for a number of years and proudly handed high school diplomas to his three sons during his term. Pete was instrumental in the planning and building of the current schools located in Jacona. He proudly coached his sons’ Little League teams, making the rounds in El Rancho gathering the neighborhood boys for their little league practice. He was an organizer and original member of the Matachines de El Rancho.

In his early years, Pete enjoyed fishing and hunting. Later, he took up golfing with his sons and had a great love for horse racing. Pete was a loving, kind, giving, spiritual man who had a great sense of humor. His wit was as fast as most of the horses he picked in the races. He made many friends while working at the sports book in Laughlin, NV and later betting the horses in his final years in Las Vegas, NV.

Very simply put, Pete was the pillar of the family. He will truly be missed but his memory, lessons and mostly his love will live on in us forever.

Services and celebration of his life will be held at Nuestra Senora de Guadalupe Catholic Church in Pojoaque, NM on August 12, 2015; Pete’s birthday. Rosary will begin at 9:00 a.m. with funeral Mass following at 10:00 a.m. Burial will be at the El Rancho cemetery after Mass. A luncheon will be held at the Parish Hall in Pojoaque after the burial.

“Do not let your hearts be troubled. Trust in God; trust also in me. In my Father’s house are many rooms; if it were not so, I would have told you. I am going there to prepare a place for you.”