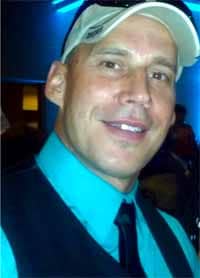 Randy Dean Putt passed away on December 26, 2021 at his home in Los Alamos, New Mexico.

Randy was a kind, honest, and exceptionally loyal husband, father, grandfather, and friend. He enjoyed the finer things in life and was quick to share it with his family and friends. He never met a stranger. And if you had the pleasure of knowing Randy, he would always greet you with a gentle smile and a powerful hug.

Randy was born in Roseburg, Oregon on March 15, 1963 to Bobby and Marjorie Putt. He grew up in northern New Mexico with his loving parents, his older brother, Terry, and younger sister, Cheri. Randy grew up loving fast cars and even faster motorcycles. The speed caused his long, flowing hair to whip like a galloping stallion. It was those same locks that attracted the love of his life, Rose Salazar, from across a high school basketball court. They were married June 19, 1982.

After working like a maniac in the oil fields, Randy entered service at the Los Alamos National Laboratory in 1989 where he served in various leadership roles within the protective forces. Randy continued to serve the Department of Energy and National Nuclear Security Administration for the next 33 years at various sites and in roles of increasing responsibility.

As a training manager, he was known to put on extremely challenging courses. When his team completed the demanding training, he quickly rewarded them with an ice cream cone. Randy’s effectiveness as a leader made him a legend among the DOE and NNSA protective forces. His advice was sought out among all levels of leadership and he was not afraid to offer candid feedback. He had the ability to speak truth to power in his own way that became increasingly humble over the course of his career.

Randy leaves behind four strong women; his wife of 39 years, Rose, his daughters Brandy, and Hope Rodriguez (Anthony), and granddaughter MiraBella Guerin. Those who knew Randy, know those four ladies were the light of his life.

Randy is also survived by his mother, Marjorie, and father, Bobby, and brother, Terry all of Cuba, New Mexico and his sister, Cheri Bertram (Randy) of Rio Rancho, New Mexico. Aside from his surviving family, Randy leaves behind countless friends and colleagues who, like his family, will have a Randy-sized hole in their hearts for years to come.

Randy Putt represented the best of us and he would want those left behind to carry on with the same gusto for life that he had.

The Putt family would like to honor Randy with a service at a later date in light of recent COVID concerns. To leave messages of condolence for the family and/or stories and pictures of Randy’s life, please visit www.riverafamilyfuneralhome.com.

Donations can be made to Española Humane Society in Randy’s name.