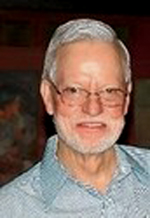 He was raised in Refugio, Texas with his brothers and sisters, Allie, John, Martha “Moye” and Michael Young. Through his early school days, playing football and baseball, Phillip proudly represented the Refugio Bobcats, and he spent time alongside his father, Phillip Young, Sr., in his work as a civil engineer and land surveyor.

A devoted father, Phil taught his children to ski, coached soccer, baseball and girls’ softball. He cheered on his kids in their endeavors; he laughed, supported and shared his contagious smile with all. Phil is also survived by eight grandchildren, Estrella, Michael Jr. and Victoria Young, Allie, Noah and Sophie Rae Pierce, and Dillon and Riley Kate Blake. Phil kept an endless supply of ice cream and chocolate sauce to which there were no limits for the grandkids, ever.

Phil and Kay moved to Chicago in 2014 to pursue his cancer treatment at Loyola University Medical Center and to enjoy the amenities of city life. Phil fought a long battle with cancer with courage and grace. He will be remembered for his kind heart, generosity, and the big smiles he had for everyone.

A Celebration of Life Memorial will be held Sunday, February 19, 2017, at 11:00 a.m. at FRENCH – Westside. Memorial donations may be made in Phillip’s name to Roadrunner Food Bank, www.rrfb.org or Doctors without Borders, www.doctorswithoutborders.org.