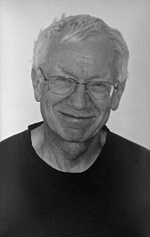 PETER J. LINDBERG
Nov. 23, 1939 – Sept. 13, 2016
Peter J. Lindberg, M.D., age 76, passed away at UNM Hospital arm-in-arm with his wife of 56 years on September 13, 2016 from esophageal cancer.
Peter was born in Waukegan, IL to Alice and Victor Lindberg on November 26, 1939. His father died when he was 11 years old, and this death further fueled his desire to save people.
Peter attended University of Chicago Medical School graduating at the top of his class, and completed his internal medicine residency at Presbyterian-St. Luke’s Hospital and his Hematology Fellowship at Rush Medical School. Peter ‘discovered’ Northern New Mexico during weekend leaves from Cannon Air Force Base where he served as a Captain in the mid-1960s.
Falling under the spell of the mountains, Peter jumped at the chance to practice internal medicine and hematology at Los Alamos Medical Center starting in 1972. As the field of oncology developed, Peter began concentrating his career in this area, ultimately focusing exclusively on prostate cancer. He found the challenge of caring for men with this disease to be particularly enjoyable, and he dedicated much of his later career to this specialty.
After serving LAMC for more than 40 years, Peter joined the New Mexico Cancer Center in Albuquerque in 2014. Peter was a skilled healer and derived great meaning from the practice of medicine. His patients were extremely important to him, occupying a place of preeminence in his life. He relentlessly sought the most effective treatment for each individual and prayed for his patients daily. He continued to practice until shortly before his death.
Peter was filled with love – for his wife, for his children, for his grandchildren, for his friends of many decades, for his patients, for his colleagues, for his pastors and fellow congregants and Choir members at Bethlehem Lutheran Church, for bicycling and for his border collies. Peter truly wanted other people to be happy, and would do whatever he could to make that so. He could always be talked into an adventure and traveled extensively with both his wife and his children.
Many of those trips involved hiking out into the unknown, and wilderness remained important to Peter throughout his life. Last summer he rafted the Chama and marveled at the morning light hitting the dew. Peter’s love of history, politics, philosophy, religion, archeology and music kept him very much a man of the world; always up for a discussion or a good-natured argument.
Peter’s fierce intelligence, profoundly empathetic nature, optimism, exuberance, and overwhelming passion for life will be sorely missed. He is survived by his wife, Mary Lindberg; his daughters, Kirstin and Katherine Lindberg; three grandchildren, Avery, Kiera and Hawke; his son-in-laws, Tim and Shane; his dogs Lucky and Muffin; assorted cats and so, so many great friends.
Funeral services for Peter will be held at 11 a.m., Saturday, Oct 8, at Bethlehem Evangelical Lutheran Church in Los Alamos. A reception will follow. The Address is 2390 North Road, Los Alamos, NM 87544.
In lieu of flowers, donations in memory of Peter may be made to – The Prostate Cancer Support Group (2533 Virginia Street N.E., Suite C, Albuquerque, NM 87110), Los Alamos Visiting Nurse Service (2202 Canyon Rd, Los Alamos, NM 87544), Augustana College (Office of Advancement Augustana College 639 38th Street Rock Island, IL 61201), and Bethlehem Evangelical Lutheran Church.
Previous
Next
Menu
Los Alamos
16°
Snow
7:23am6:14pm MDT
Feels like: 7°F
Wind: 7mph SW
Humidity: 89%
Pressure: 30.1"Hg
UV index: 0
MonTueWed
min 18°F
32/25°F
37/30°F
Weather forecast Los Alamos, New Mexico ▸
Previous
Next