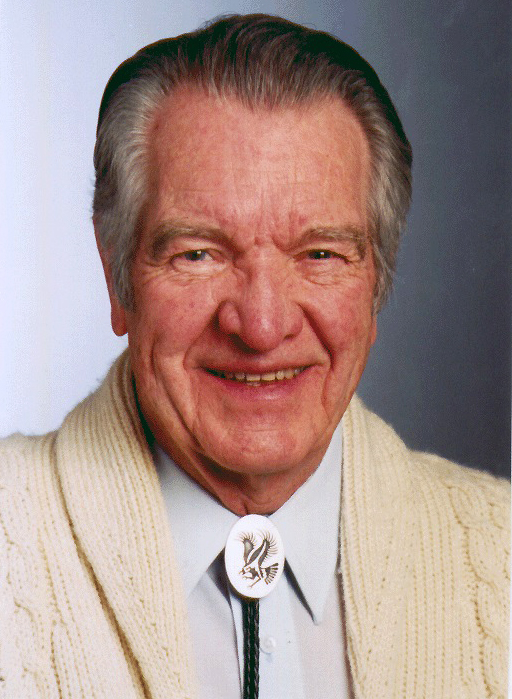 Mel was a senior leader during the golden age of nuclear weapons science from the Manhattan project under Robert Oppenheimer and through the leadership of such giants as Norris Bradbury, Harold Agnew and Duncan MacDougall. He has been at the forefront of nuclear weapons R&D from World War II through the Cold War as a member of the “greatest generation”.

Mr. Brooks came to Los Alamos in 1944 as part of the Manhattan Project as a chemical engineer. His original McKibbin card indicates he arrived in Los Alamos with his wife, infant son, and Robert Bacher from Chicago. He directed the group at S-Site for many years, after which he served several roles in W-Division.

In 1982, Melvin Brooks was recognized for his achievements by then DOE Secretary James B. Edwards which states “In recognition of outstanding contributions to the nuclear weapons program of the Department of Energy. During his service with the Los Alamos National Laboratory since 1944, his accomplishments in planning, developing and engineering of weapons systems have resulted in significant benefit to the Nation’s defense and security.”

Mel was chairman of the Weapons Program Review Committee that had day to day leadership responsibility for the whole Los Alamos nuclear weapons program.

He was greatly respected in Los Alamos by both the technical and residential communities, and as a husband, father, and grandfather, was exemplary in his unending support, care, understanding, patience and encouragement to his family. He was an avid supporter of the Santa Fe Opera, holding season tickets for many years, and a contributor to many charities and foundations. He cherished his many years of living in Los Alamos and working at the Laboratory.

A Funeral Mass in his honor will be held in Los Alamos on Monday, May 19, 2014 at 11 a.m. at Immaculate Heart of Mary Catholic Church, 3580 Canyon Road, to be followed by a reception at the Parish Hall. Internment will follow at Guaje Pines Cemetery in Los Alamos.

In lieu of flowers, contributions may be made in Mr. Brooks name to the Lupus Foundation of America; 2000 L St., N.W., Suite 410; Washington, D.C. 20036, an Animal Shelter or Humane Society of your choice, or Wounded Warrior Project.

The family of Melvin L. Brooks has entrusted the care of their loved one to the DeVargas Funeral Home and Crematory of the Espanola Valley. 505.662.2400 or www.devarasfuneral.com.