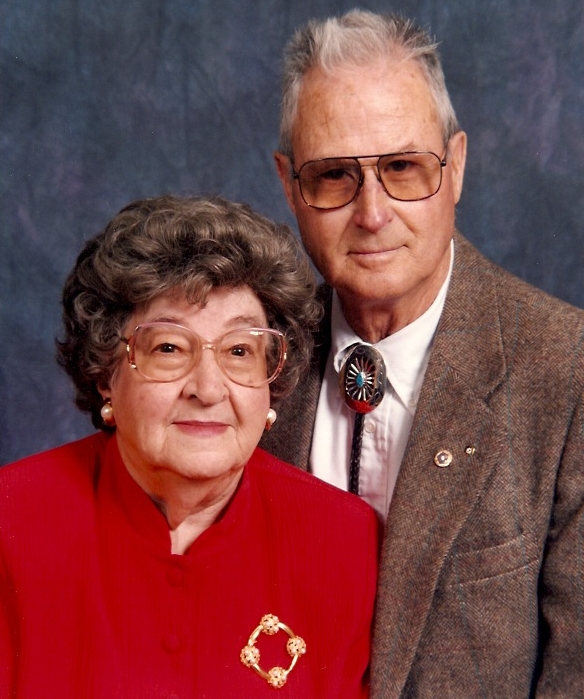 Martha Virginia passed away gracefully on Sunday morning, Jan. 13, at home with family in Albuquerque. Her 92 years were full of adventures. She was born in Duenweg, Mo., one of four sisters.

She survived polio at a very early age with all but her left arm recovering. She could tie a shoe one handed tight enough to hold all day, something that continually amazed her daughter who could never figure it out.

She married Robert L. Osborn on Feb. 8, 1947 and was able to celebrate 66 years. They came to the Los Alamos area when Los Alamos was a closed secret city city. It was here in New Mexico where they would be blessed with their two children.

She lived in and loved the Los Alamos area for many years and could be found on Sunday afternoons picnicking and dipping her feet in the stream at Bandelier.

Her love of visiting friends whether in person or on the phone continued until she could only listen when she had become very soft-spoken.

She had a deep devout faith that led her beliefs. She had found her latest church home at the High Desert Methodist Church in Rio Rancho.

Although Martha never drove, she considered herself an excellent driver since she spent many years telling Bob how to do it. So, she was very excited when she got a scooter and could get around.

Martha and her best friend Frances Harper were able to attend their first Santa Fe Opera this last summer, something neither had done until well into their 90s. And the evening was made even more festive when Martha lost her wig in the wind and it had to be chased across the parking lot, remarking that she hoped no one saw it.

She also enjoyed an open-air ride in her daughter’s 1977 VW convertible to see the fireworks at the Balloon Fiesta.

Her greatest joy was her great-grandson Trenton. He visited her room regularly to tease and was known to take handfuls from her candy bowl. Carefully replacing the ones he did not like. She would say “That boy took all my candy!,” and when he received a digital camera for Christmas, he could be found sitting in her wheelchair at the foot of her bed taking pictures. Once she figured out what he was doing, she was only too happy to pose and smile.

Arrangements are through Daniels Funeral Home in Rio Rancho. She will be cremated and placed with her husband at the National Cemetery in Santa Fe.