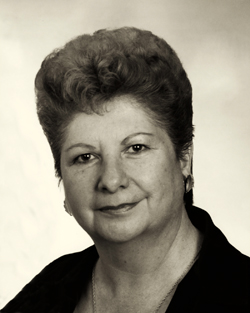 Luvella Reading, 76, former resident of Los Alamos, passed away Wednesday, March 11, 2015. She was born in Abiquiu, NM on September, 1, 1938 to Sinferoza and Pedro Abeyta.

She was a member of the American Legion Auxiliary for many years and was an advocate of US service personnel and veterans, and always included them in her prayers for their well being and safe return. Luvella, known as “Nana Lu”, lived for the joy provided by her grandchildren, and great-granddaughter Chloe.

She was preceded in death by her parents; husband, Samuel Reading; and son, Frank Trujillo.

Funeral Services will be held on Tuesday, March 17, 2015 at 2:00 PM at Cristo Rey Parish, 1120 Canyon Road, Santa Fe. A reception will immediately follow the service at the Parrish hall. Interment will take place at 11:15 AM, Wednesday, March 18, 2015 at the Santa Fe National Cemetery.

In lieu of flowers, donations may be made in Luvella’s name to an organization of your choice that promotes the health and welfare of our current and past service personnel.