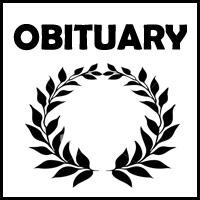 The fourth of seven children, her parents, Gusta Krueger Marquardt and Leonard Marquardt, left their native country of Germany in the early 1900s to find a better life in America. German was spoken at home, and Laura learned English as a “second” language when she started school. Outdoor sports were her favorite childhood pastime. In school she was often chosen as team captain and was proud to be part of winning city championships. She attended St. John’s Lutheran School through eighth grade and graduated from Washington High School in Two Rivers in 1937. She went on to attend the University of Wisconsin, Madison with three of her six siblings (William, Alma, and Ed).

Laura met her future husband Eugene Henry Roach while attending the University of Wisconsin and they were married May 21, 1939. Their two daughters, Betty Jean and Judith Ann, were born the next two years and Laura’s time and energy were devoted to caring for her family. They spent their early married years in Wisconsin, Illinois and Indiana, but when Gene found an opportunity to work in New Mexico, they made the decision to leave their extended family in Wisconsin.

In June 1950, they moved to the “closed city” of Los Alamos where they lived and worked for 33 years. Education was always important to Laura and she enrolled in adult evening classes as time allowed. She also worked as a secretary at Los Alamos National Laboratory and later as a substitute teacher in the Los Alamos Public Schools.

When their daughters were in high school, Laura realized her dream to return to college. In 1956 she received her BA in elementary education with a minor in psychology and business administration and her MA in 1958 from New Mexico Highlands University, the year Betty graduated from high school.

Her teaching career was the highlight of her life and her young second and third graders excelled under her guidance. She continued to pursue her love of learning and received two National Science Foundation grants to attend summer school at the University of Texas, Austin. She continued taking classes at College of Santa Fe, University of New Mexico, University of Denver, and University of Hawaii, earning many credits toward a doctorate degree. She was elected to National Honorary Societies – Kappa Delta Pi, Education; Psi Chi, Psychology; and Pi Omega Pi, Business Education.

While in Los Alamos, Laura and Gene were involved in establishing Bethlehem Evangelical Lutheran Church in April 1951 and were charter members. After their daughter Judi was diagnosed with Multiple Sclerosis at age 21, they became active in the NM Central Chapter of National Multiple Sclerosis Society where they received a Certificate of Merit for their work and dedication.

Los Alamos also provided the opportunity for Laura to continue her interest in sports. She learned to ski, play golf and began running again. She was encouraged by friends to compete in Senior Olympics and thus began her long involvement in leading a healthy life style, with exercise always at the top of her agenda.

After she and Gene moved to Las Cruces in 1983, she continued competing in running events for Senior Olympics and won numerous gold medals. Laura and Gene took a swimming class at New Mexico State University and it became another sport in which to compete in Senior Olympics at the local and state levels. At age 93 she traveled to Cleveland, Ohio to compete with more than 22,000 other seniors in the 2013 National Senior Games, winning medals in three swimming events. It was a proud time for her and the family members who cheered her on.

Laura taught water aerobics at Good Samaritan Village in Las Cruces until her passing. At 94 she still lived alone, drove her car to all her activities, learned to use a computer to send emails to friends and relatives, and earlier this year gave up her land line for a cell phone. She was known for her remarkable memory and interest in meeting people.

From 2012 to 2014 Laura served on the Las Cruces City Council Senior Programs Advisory Board to represent the Frank O’Brien Papen Center. She was recognized by the Legislature of the State of New Mexico in 2013 for her healthy, active lifestyle and the same year also received the Annual “JOE P” Award from the City of Las Cruces Senior Programs Section for “showing genuine care, concern and commitment to others”. Laura was an avid Green Bay Packers fan and attended many NMSU Aggie football and basketball games.

For 31 years Laura was an active member of Peace Lutheran Church where she was known as the unofficial greeter of all new members and visitors. She made a concerted effort to meet you, to learn about you, and especially to remember everything about you. Her legacy will live on through the people she met and the lives she touched. We are blessed to have been part of her amazing life.