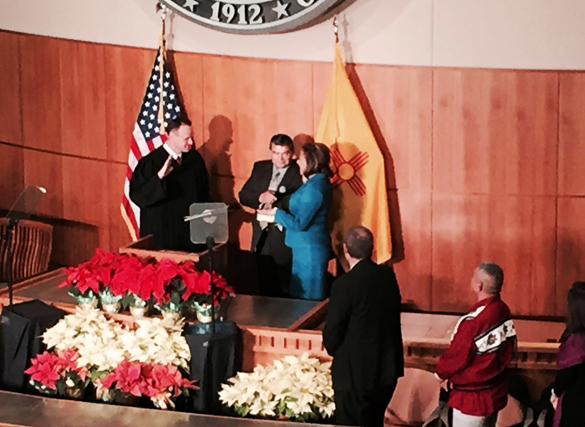 Joseph (Joe) William Taylor peacefully passed away surrounded by his loving family on Sunday, September 4, 2016; one day after his 91st birthday.

He was born on September 3, 1925, in Brownsville, Texas, to Caroline Dolores Taylor and Albert Joshua Taylor.

He was preceded in death by his parents and his brother Albert. He is survived by Rosalie (Coffield) Taylor, his loving wife of 64 years; his brother, Roger Taylor of Florida; sister, Rosita Clark of Texas; son, Michael Taylor (Joanie) of Gilbert, Arizona; daughters, Marcella Hiebert (Steven) of Golden, Colorado; Mary Arrowsmith (John) of Los Alamos, New Mexico; and Theresa Taylor of Lakewood, Colorado.

He is also survived by nine grandchildren, Nathan Arrowsmith, Sam Arrowsmith, Laura Hiebert, Deborah Kane, James Taylor, Kaitlyn Redfield-Ortiz and Jordan Redfield all of the Phoenix area and Benjamin Hiebert and Jacob Hiebert of the Denver area. Six great-grandchildren survive him as well.

Joe spent his early years in Brownsville, Texas, with his family and many cousins. When World War II broke out the family moved to Austin, where Joe’s father was an instructor in naval gunnery. As soon as he was of age, Joe enlisted in the Navy following the long-standing family tradition. He completed Submarine School and served on the newly commissioned Submarine Mapiro. Joe was very proud of his time in the Submarine Service and the sacrifices of his fellow shipmates in ending the war. He was a long-time member of the U.S. Submarine Veterans of W.W. II.

After the war, Joe studied at the University of Texas and secured a position at the Los Alamos National Laboratory in Los Alamos, NM. He worked on numerous classified projects in the CMB-6 Group until his retirement in 1986. Joe loved his life in Los Alamos and was an active hunter, fisherman and gardener. He was a long-time baseball umpire and football official.

Joe was also a strong advocate of education. As a member of the Los Alamos School Board he was instrumental in securing branches of the University of New Mexico in Los Alamos and northern New Mexico.

In retirement he and Rosalie enjoyed traveling and spending winters in Mesa, Ariz. Joe and Rosalie permanently relocated to Mesa in 2008 where they made numerous friends. Joe loved challenging his friends and family to a game of cards, dominoes or bridge, where he usually gave everyone a run for their money. Joe also enjoyed water color painting and sketching. But, above all there was nothing more important to Joe than his family.

That legacy lives on in his children and their families.

Services will be held on Saturday, September 10, 2016 at St George Roman Catholic Church, 300 E 16th Ave, Apache Junction, AZ 85119. Visitation will be at 9:00 a.m. with Rosary recited at 10:00 a.m. and Mass of Christian Burial at 10:30 a.m. In lieu of flowers, donations may be made to the Society of St. Vincent de Paul. Arrangements entrusted to Queen of Heaven Catholic Funeral Home, Mesa, AZ.