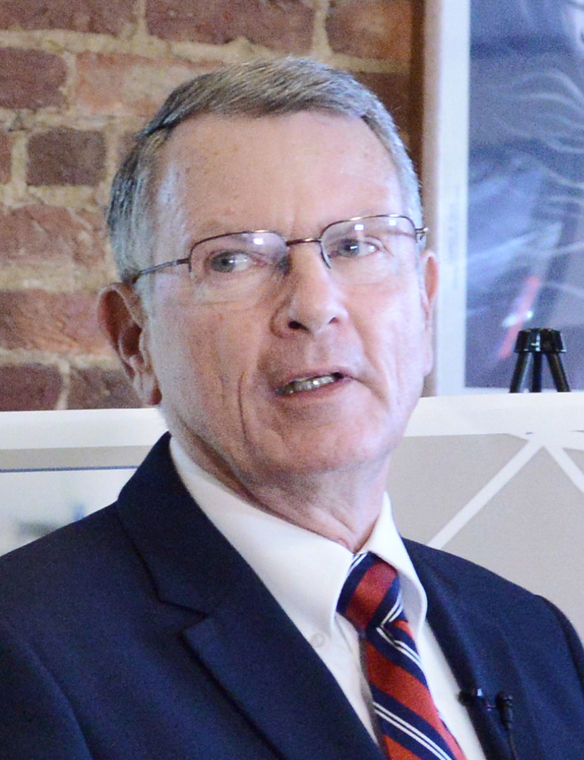 Joseph C. King, 65, recently retired City Manager of Danville, Va., passed away Dec. 26, 2015 from complications stemming from chronic lymphocytic leukemia, with which he was diagnosed in 2010. Typically, CLL is a fairly indolent disease, but Joe was not so lucky, and the cancer took over in the end.

Joe is survived by Kathy, his wife of 42 years, and by four sons and their families: Adam, Cristin, Maya and Emmett of Elgin, Texas; Noah, Rowie and Freyja of Fairfield, Iowa; Jesse and Kara of Bali, Indonesia; and Jacob and Molly of Austin, Texas. His family was together prior to Joe’s death and is grateful for that brief reunion. He is also survived by six brothers and sisters, their families and numerous extended family members around the country.

Joe graduated with a B.A. from Virginia Tech and returned to earn his Master’s Degree in Urban Affairs there, which almost didn’t happen. His undergraduate grades were hit or miss (mostly miss), except for the last year when he made straight A’s. Asked about that when he made an appeal to the graduate school board, he replied ‘Well, that’s when I got married!’

Joe worked for six different communities in five states over a 39-year career, including Los Alamos, N.M. from 1998 to 2000. He adopted those towns as if they were his hometowns, doing all he could to expand opportunities, improve government processes and make those communities more livable places for the citizens.

His father had been a dental missionary in Indonesia during Joe’s childhood – Joe spent much of his youth in Kediri on the island of Java — and his interest in the culture and region continued throughout his life. He and the family went to Jakarta, Indonesia, in 2000 where he was involved with a U.S. Embassy program assisting local officials in the transition to a democratic form of government. He and Kathy visited their son Jesse in Bali in July.

Joe was a private person. He wasn’t showy or talkative, so unless you persisted, you wouldn’t know much about him. He was stoic. He thought for himself and stood for what was right even when it didn’t serve him. He was a regular swimmer at the Danville YMCA and was looking forward to getting back to framing houses with Habitat for Humanity. He had recently rekindled an interest in model railroading and had spent many hours planning his N scale layout and fabricating buildings. Regional camping trips with Kathy were on the calendar, along with the search for a new family dog.

Joe’s body has been given to science to help teach the next generation of doctors and researchers. His remains will be cremated. A private memorial will take place sometime in the future, to scatter his ashes along his favorite hiking trails. His family will love him and miss him forever. Too soon taken from us.

The family respectfully suggests any memorial contributions be made to the Danville Habitat for Humanity, the Danville Area Humane Society or the Danville YMCA.