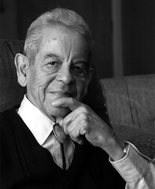 He was born on April 21, 1928 to Jose Salome Lujan and Delmiria Roybal Lujan of El Rancho, NM.

Twice widowed, Benny married Eutimia Gallegos on October 23, 1950. They had three daughters, Venita, Bertha, and Mercedes.  He often bragged that he was “surrounded by women”.  He married Irma Dall on February 23, 1985, and became father to Alicia, Teri, and Wayne.

Benny was also preceded in death by his parents, Salome and Delmiria Lujan, his parents-in-law, Eutimio and Placida Gallegos, brothers, Celedon and Isaac, and sisters, Della, Celia, Mary, Tillie, and Clara.

He is survived by his children, Venita “my dad’s a fireman” Chavez and husband Craig, Bertha Podzemny and husband Doug, Alicia Perry and husband Lon, Teri Armstrong and husband David, Mercedes Wharton and husband Tyler, and son Wayne Van Haaften and wife Megan.

Benny was a talented musician who played by ear. He was always grateful that God had “lent him his talent”. He was known for playing his accordion and vibraphones solo or with the Benny Lujan Combo at church, parties, weddings, and gatherings all over Northern New Mexico.

When he was a boy he did not have an instrument so he improvised. He hung brown glass Clorox bottles and Coke bottles in a row in the cottonwood tree in his yard and filled them with different amounts of water.  He would play tunes for his family on his Benny-made xylophone. When he was 10, the El Rancho community put their money together to buy him his first accordion. He remembered playing for a graduation ceremony of the Boys School at Fuller Lodge around this time.

Benny came to work in Los Alamos as a dishwasher and busboy in the summer of 1944 during the Manhattan Project. Following graduation from Pojoaque High School he proudly served his country in the U.S. Army in Japan during the occupation immediately following World War II.

He returned to Los Alamos in 1948 to live and work. Benny was a fireman with the Los Alamos Fire Department, retiring as a fire captain after 31 years. It was a job he loved from his first day at the fire station to his last day there. He then worked at Los Alamos National Laboratory as a radiation monitor. When he retired in 1990, his badge was 42 years old.

Benny became a living treasure when he was born in 1928 but he was officially named a Living Treasure of Los Alamos in 2005. He would help anyone in need and this extended to his participation with many service organizations. Benny was strong in his Catholic faith and was humbled by all the blessings he received in his life.  His sense of humor was legendary.

He was very cute and if you didn’t believe that you could just ask him. He was the friendliest man on the planet and was loved by everyone he met. Most importantly Benny loved everybody.

His granddaughter Elise’s White Rock Girl Scout Troop is working on their Bronze Award. They are taking donations, in memory of Benny, to assist Sombrillo Nursing Home with their Music and Memory program. Checks can be written to “Girl Scout Troop 10132” memo: Music and Memory. They can be sent to Venita Chavez, 70 Isleta Drive, Los Alamos, NM  87544.

The family of Benny Lujan has entrusted their loved one to DeVargas Funeral Home & Crematory of the Española Valley. 505.662.2400 – www.devargasfuneral.com.