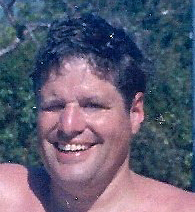 He is preceded in death by his parents, Marian J. Whitley and the father who raised him, Edward F. Whitley, as well as his biological father, John T. Hill, a decorated deceased World War II veteran who was killed in the war before John was born. He was survived by his wife of 46 years, Luella A. Hill; daughter, Stephanie A. Hill; brother, Richard F. Whitley; granddaughter, Danielle A. Nardei; and grandson, Carl “Anthony” Nardei.

He was a project manager at Los Alamos National Laboratory and an intelligence analyst for the United States Government. Many will remember him as a renowned wargame designer, which included Squad Leader and Johnny Reb, with recent authorship of a book series, Across Deadly Fields, the third one scheduled to be released in May of 2015. In his earlier years, he owned and operated a railroad hobby shop known as The Scale Model Shop in Lafayette, Indiana, following that a career in publishing.

In lieu of flowers, those who knew him may make an online memorial contribution in his name to the American Heart Association by visiting his profile page http://honor.americanheart.org/goto/John_Evans_Hill