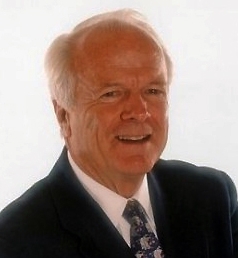 Republican Party of New Mexico Chairman John Billingsley issued the following statement in regard to the passing of Dendahl who also was a former chairman of the RPNM:

“The officers and staff at RPNM join me in expressing our deepest condolences to the family and friends of John Dendahl. They will be in our thoughts and prayers, as we honor his memory. As a longtime fighter for Republican principles, there is no doubt that he left his mark not only on the Republican Party of New Mexico, but on the entire state as well.

“Dendahl advocated for conservative principles and was a strong leader for our Party during his time of service. As a former athlete and competitor, he carried his competitive spirit throughout his leadership role with the Party, working hard to make positive changes. He was known for boldly expressing his convictions and standing for what he believed was right. During his time as chairman, he worked hard to combat the corruption that existed within individuals within our state government at the time, successfully lead and grew the Party, and left a lasting legacy here in the state of New Mexico.”

In 1961, Dendahl earned degrees in electrical engineering and finance from the University of Colorado at Boulder. His business career included serving as chief executive officer of technology and banking companies, as well as in senior management positions in higher education, state government and real estate development. He leaves behind his wife Jackie, seven children and nine grandchildren.

Dendahl hails from Santa Fe, New Mexico, where he attended public schools through his 1956 graduation from Santa Fe High School. While at CU getting his engineering and business degrees, he was CU’s Outstanding Senior Athlete in 1960, a candidate for graduation Canebearer (outstanding senior man) in 1961, and a member of Phi Gamma Delta fraternity. He led the CU ski team to two National Collegiate Athletic Association (NCAA) championships, won three individual NCAA titles, and competed in the 1960 Winter Olympics as a member of the United States national team. He has been inducted into CU’s Athletic Hall of Fame and the New Mexico Ski Hall of Fame.

Eberline Instrument Corporation, now a subsidiary of Thermo Electron Corporation, was a leading designer and manufacturer of radiation monitoring instruments and systems used in the fuel cycle for nuclear-electric power plants, national defense, and other applications of radioisotopes. It also furnished related analytical and consulting services. During his college years, Dendahl had summer jobs at Eberline, then became an Eberline engineer following college graduation.

Dendahl left Eberline in 1964 to become chief financial officer at the new Santa Fe campus of Annapolis, Maryland’s St. John’s College. Before returning to Eberline, he spent two years in Colo-
rado Springs working on real estate planning as vice president of the Golden Cycle Corporation. In 1967, Dendahl rejoined Eberline as its chief financial and administrative officer, later becoming its CEO and, in 1981, a vice president of Thermo Electron.

Dendahl topped off his business career with presidency of The First National Bank of Santa Fe, then Secretary of Economic Development and Tourism in New Mexico state government. During and after his business career, Dendahl served on the governing boards of many charitable organizations.

Services for Dendahl are pending.