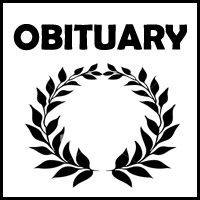 Mariner, who had lived in Los Alamos for 57 years, was born Sept. 3, 1923, in Jacksboro, Tenn., the son of George Washington Mariner and Nora Katherine Queener Mariner. He graduated from Jacksboro High School as valedictorian  in 1941.

He was in the U.S. Army from 1943 to 1946, during World War II, serving  in New Guinea and the Philippines. He spent more than 30 months in the South Pacific, working as a medical and administrative specialist. He was also assigned to Gen. Douglas MacArthur’s Headquarters, and he worked in special intelligence throughout the Southwest Pacific.

During his career, he worked in high-level scientific positions in Illinois, Tennessee and New Mexico. His longest period of employment was as a staff member at Los Alamos National Laboratory, where he worked from 1958 through 1971. He also worked at the Environmental Improvement Agency in Santa Fe, N.M.; at Bokum Resources Corporation in Santa Fe; at Assaigai Analytical Laboratory, Inc., in Albuquerque, N.M.; and at Eberline in Albuquerque.

Science, however, was only part of his world. He began studying guitar at age 7 and gave his first performance at age 10. While he was in the Army, he gave concerts in Australia, New Guinea and the Philippines. In 1964, he was selected from among hundreds of applicants to attend the first U.S. master class of Spanish virtuoso classical guitarist Andres Segovia at Berkeley, Calif.

He played with Chet Atkins, Flatt & Scruggs, Ferlin Husky, Roy Acuff and other noted musicians from the Nashville area. He gave guitar lessons to many, many people in Los Alamos, sharing with them his passion for music. He was asked to do music for the movie “A  Gunfight,” starring Johnny Cash and Kirk Douglas (a movie filmed at the J.W. Eaves Ranch near Santa Fe), and his sons James and Ron were selected for parts in the movie.

His family remembers him as a very special person – “a loving husband, father and friend of many, known for his sharp intellect and wide-ranging interests as well as his kindness to everyone. He had a great love for music, reading, poetry and most of all, playing his guitar.”

He was also active in his community.  He was a lieutenant colonel in the Military Order of World Wars, Franklin E. Miles Chapter, in Los Alamos; and he was a member of the local Republican Party, playing for the annual meeting for many years and entertaining at GOP meetings for then U.S. Sen. Pete Domenici, State Rep. Jeannette Wallace and others. He and his wife were active together in the Santa Fe Opera Auxiliary, and he frequently accompanied her at events of the Kiwanis Club of Los Alamos, where she is a long-time member.

He was preceded in death by his parents, his brother George Thomas Mariner and his sister Martha Louise (Lucy) Mariner Teague. He is survived by Mary Louise (Hunter) Mariner, his wife for 67 years. They renewed their vows at the United Church in Los Alamos a few months before his death.

The funeral for Joe Asa Mariner will be held at noon Tuesday, June 17 at the Jacksboro, Tenn., Baptist Church. He will be buried in the Jacksboro Cemetery.

A memorial service will be held at 1 p.m. Saturday, June 28 at the United Church in Los Alamos.

The family wishes to thank all the friends and professionals who helped during Mariner’s final days.

Memorial and funeral service arrangements are being handled by Berardinelli Family Funeral Service in Santa Fe, N.M., and  by Cross-Smith Funeral Home in LaFollette, Tenn.