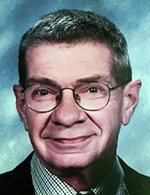 After leaving Neosho and moving several times, his family settled down in Nashville where he grew up playing the piano and enjoying an active church life.

Jerry graduated from Vanderbilt University and during college met his wife, Lucretia (Lou) Matlock, while working a summer job at Glorieta Baptist Convention Center near Santa Fe, NM. He graduated from the University of Tennessee Medical School in Memphis and interned at Baptist Hospital in Nashville. He served in the US Air Force for two years at Wright Peterson AFB, OH. While living in Ohio, their son David was born. He then completed a residency in pediatrics, both at The University of Tennessee and at St. Jude Children’s Research Hospital, as well as a genetic fellowship, in Memphis.  While in Memphis, their daughter Ann was born.

Jerry always had a love for the west and moved to Los Alamos, NM in 1972 to work as a pediatrician at Children’s Clinic. During this time, he enjoyed horseback riding, handgun shooting, hunting, Boy Scouts, and his interest in western art.

Following the death of their son in 1980, Jerry owned an art gallery in Santa Fe for several years before returning to medicine at the Los Alamos National Laboratory as a physician, and ultimately as Medical Director. Jerry found running marathons as an outlet after losing David and also became passionate about his love for elephants. He went to Africa and climbed Mt. Kilimanjaro and also went to India on a research expedition.

Jerry is preceded in death by his parents, Loren and Ruth Williams, and son David. He is survived by his wife of 59 years, Lou; his daughter and son-in-law, Ann and John Dixson; grandchildren, Caleb, Connor, and Olivia Dixson; brother and sister-in-law, Jan and Elaine Williams, as well as numerous cousins, nieces and nephews.

A memorial service will take place, and be announced, at a later date. In lieu of flowers, please consider a donation to St. Jude Children’s Research Hospital (501 St. Jude Place, Memphis TN 38105) or The Elephant Sanctuary (P.O. Box 393, Hohenwald, TN 38462). Arrangements are being handled by Rivera Family Funerals and Cremations.