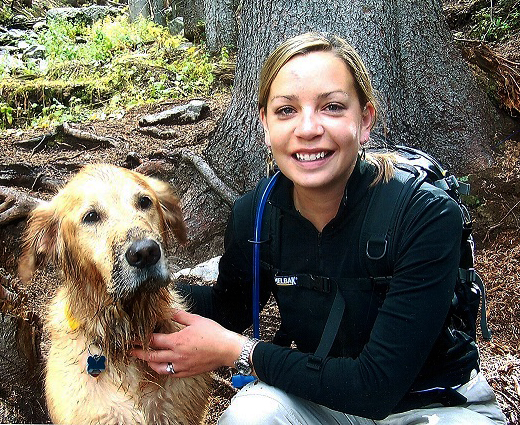 Jennifer (Primak) Weiss, a devoted mother of two and resident of Boulder, Colo., passed away on January 8th, 2015, at the age of 42. Jenny is survived by her parents, Stan and Joan Primak, sisters Chelsea Primak and Marybeth Germinario, and her husband, Scott and beloved children Tanner Dylan and Samantha Bari Weiss.

Jenny thrived being outside, where she enjoyed hiking, running, and cycling. Jenny’s athleticism and love for the outdoors followed her everywhere she traveled, and she quickly rose through the ranks to become a professional downhill mountain bike racer in the 1990’s. Her true love was teaching and she taught for several years in both Petaluma and Mill Valley, California.

On July 17, 1999, she married Scott Weiss, her college sweetheart. On January 31st, 2006 and September 17, 2008 respectively, she welcomed her two beautiful children, who right up to her heartbreaking passing, were the most fundamental and cherished part of her soul.

Prior to moving to Boulder in 2013, Jenny’s career took her and her husband to Los Alamos, NM, her childhood hometown. She entrenched herself in real estate development and was also a well respected and coveted real estate broker.

Jenny’s timeless and natural beauty was only surpassed by her genuine, deeply caring and empathetic aura. Jenny was appreciated and loved by everyone with whom she came into contact. She will be deeply and enormously missed by her family, friends and all who had the privilege of knowing her.

Jenny’s Celebration of Life will be held on Sunday, January 18 at 11 a.m. at the Chautauqua Community House in Boulder, Colo.

In lieu of flowers, donations can be made to the Children’s Hospital Colorado Foundation in Aurora, Colo.