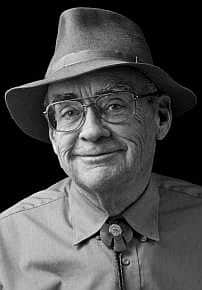 James “Danny” Doss, 73, of Los Alamos passed away peacefully on Thursday, May 17, 2012 with his family at his side, and is now in Paradise in the presence of his Lord and Savior, Jesus Christ.

Danny Doss was a long time resident of Los Alamos, retiring in 1999 from a career as an electrical engineer with the Los Alamos National Laboratory where he worked on a variety of projects, including particle accelerators and biomedical technology used in cancer therapy.

Many others knew Danny Doss as the author of 17 “Charlie Moon Mysteries,” the first of which was published in 1994, and the last of which was completed shortly before his death.

Services will be held at Trinity on the Hill Episcopal Church in Los Alamos at 3:30 p.m., Thursday May 24, with a reception immediately following the service.

The family of James “Danny” Doss has entrusted the care of their loved one to DeVargas Funeral Home & Crematory of the Espanola Valley.