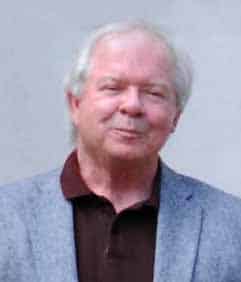 James Byron Burns passed away suddenly on April 1, 2019 at the age of 69. He was born on February 8, 1950 in Milwaukee, Wisconsin to James and Elizabeth Burns and had two older sisters Susan and Kathleen Burns. Here in Milwaukee he also met his wife, Cheryl Lynn Lemanski.

He earned his Bachelor of Science in Elementary Education in 1973 and his Masters of Science in Exceptional Education in 1975 from the University of Wisconsin-Milwaukee. His teaching career began in 1979 as a Special Education teacher at Los Alamos Middle School where he served until 1993. During the course of his career he served the National Middle School Association from 1993-1997 as the Director of Membership where his efforts resulted in the establishment of a Regional Affiliate Summit and he initiated a Research Summaries series.

Jim went on to an extensive career as an educational consultant in the field of middle level education. The primary focus of his work was on the topic of middle level advisory programs that focused on the social and emotional learning of 10-14 year olds. His passion led him to the pursuit of his doctoral studies at the University of Vermont where he was a Graduate Teaching Fellow. Jim studied under Dr. Chris Stevenson which was a source of great pride for Jim. His dissertation in 2007 was titled, ¨The Relational Work of Middle School Teachers: From Advisory to Caring Dispositions. His dissertation research served to inspire the book he co-authored with consultant colleagues, titled, Advisory: Finding the Best Fit for Your School, published by the Association of Middle Level Education in 2011.

Jim’s consultant work brought him to many places as a result of his genuine ability to foster collegial relationships with all those he found to be kindred spirits who are dedicated to the improving the lives of early adolescent learners. One of Jim’s greatest gifts was uniting his colleagues in friendship no matter how great their geographical distance. His most recent years in education were spent at New Mexico Highlands University (NMHU) where he began as an Adjunct Professor in 1997 until becoming an Associate Professor in 2007. Jim’s talents as a writer served to benefit the many students he mentored through their graduate studies and thesis work. Jim rose through promotional leadership positions, ultimately completing his career as NMHU School of Education, Chair for the Department of Educational Leadership from 2009-2012 and 2013-2016 until he retired. His colleagues and friends can attest that Jim’s ability to retain vast amounts of knowledge across disciplines was truly remarkable.

Jim is credited with twenty-five publications across the span of his career and over forty professional presentations inclusive of serving as the keynote presenter for the state middle school associations in New Jersey, New Mexico and New York. Jim was a highly regarded presenter for the National Middle School Association (NMSA) known today as the Association of Middle Level Education (AMLE). He served the New Mexico Middle Level Educators twice as President as well as other board roles including Executive Secretary and Editor of the state publication.  There was no distance too far for Jim to travel if it brought him the opportunity to inspire rising middle level educators and leaders.

Jim loved and enjoyed life. Along with Cheryl, he loved the out of doors. After numerous car trips across the Southwest, they came to Santa Fe and fell in love with its adobe in the snow. So in 1979 they brought their cross-country skis from Milwaukee to Los Alamos, New Mexico. Jim was the avid skier, skiing all across New Mexico, authored/co-authored two New Mexico cross-country skiing guides with Cheryl, became a Rocky Mountain professional cross-country ski instructor, and gave cross-country ski lessons and guided tours, encouraging those beginners.

Jim was inspired by the beauty of New Mexico. He would jump into his 1997 GMC camper pickup and camp and hike and learn about the cultures and treasures of the state. Jim worked at the Valles Caldera National Preserve in New Mexico for several years as a tour guide and interpreter breaking trails, giving tour guides, and whatever else the Ranch needed. The Caldera was a very special and favorite place to him.

The diversity of his interests were well known to all those who loved him. Jim loved music. He was a musician, drummer, he started in high school bands and continued to play with his friends throughout his life. He hosted the JB’s Place radio hour “The Diverse Americana” through NMHU campus radio station KEPD and was constantly searching for unique Americana songs and music for his listeners. In doing so, he united friends and colleagues across the miles.

One of Jim’s most recent adventures was mastering the art of cooking – and he became the chef for the Burns’ household, i.e. Jim and Cheryl. They also shared the special joy of adopting and loving cats. He will also be remembered for his great sense of humor.

Jim was preceded in death by his parents James and Elizabeth Burns and his sisters Susan Reick and Kathy O’Reilly. He is succeeded in life by his brother-in-law Jim Reick of Milwaukee, WI and numerous cousins, nieces, and nephews.

Jim was quite a good “storyteller” and many friends agreed he could mesmerize them all on a vast number of topics. He used one particular story, Cipher in the Snow by Jean Mizer as an example of how we must take great effort to make every individual before us feel valued and understood. Jim succeeded in that across all facets of his life. Those who were fortunate enough to call him a family member or friend also know how much he valued and loved his wife Cheryl of 49 years. He truly admired her and to him she was a shining light all of their days. He is sorely missed by the “love of his life” Cheryl and their four cats: Diego, Mia, Emilio, and Rio.

The love of “family and friends” was fundamental to Jim throughout his life. He will be greatly missed by all who knew him.

Donations can be made to: Jim Burns Scholarship, New Mexico Highlands University Foundation, Box 9000, Las Vegas, NM 87701 or through The Network for Good https://www.networkforgood.org/donation/ExpressDonation.aspx?ORGID2=750121368.

Family and Friends of NMHU,

In honor of Dr. Jim Burns, his friends, family, and the NMHU Foundation would like to establish a scholarship.

Dr. Burns leaves behind a legacy of passion, passion for his students and their education. He took great joy in helping his students thrive and reach their fullest potential.

This scholarship will help support Education Leadership students with books, student NES fees, connect programs, background check fees, and any other cost during their time at NMHU.

Our students often struggle to bring together the financial resources they need to advance their education.

A majority of NMHU students are not ‘traditional’ in the sense that most are older (average age 26), working their way through school and are juggling the demands of work, school, and family.

More than half of our students qualify for the Pell Grant, and nearly half are also first-generation college students.

Dr. Jim Burns was loved and respected by all his colleagues, during his time at NMHU; he made a significant impact on not only his students but his colleagues as well.

Dr. Burns was a generous genius.  He gave freely of his time, knowledge, and intellect.  He was the quintessential example of a professor who is here for the students.  He created the Northern New Mexico Educational Leader’s Group to provide space for students, faculty, and practitioners to come together and share ideas.  I will never forget one of his sayings, “Ask questions that shed light, and don’t produce heat.” ~Dr. Robert Karaba

Having Dr. Burns for a colleague and friend and department chair was wonderful since he practiced what he taught. ~Gayle Talaga

Please consider making a donation to help our students in the Education Leadership program advance in their education at NMHU.

Please indicate that you’d like the gift to be in honor of Dr. Burns.

Thank you for helping us honor his memory,