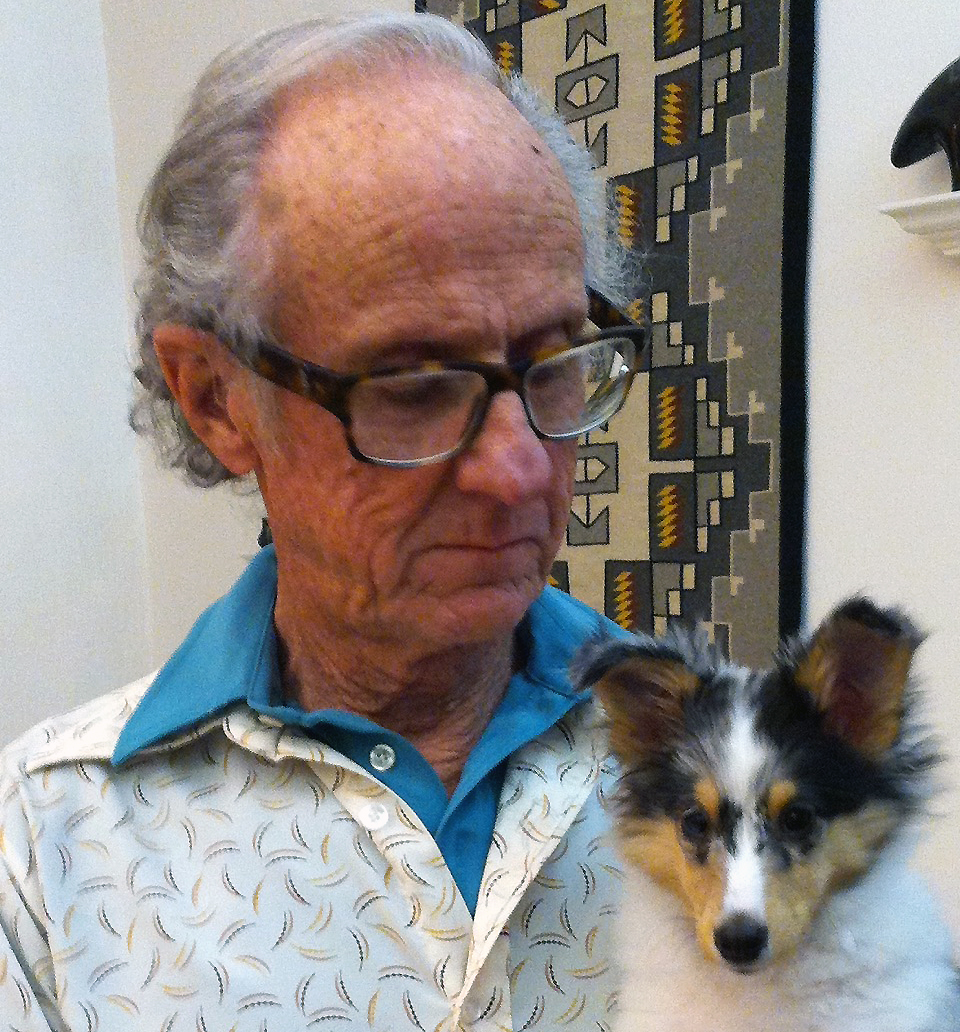 Jack Fuller, 83, has laid down his hiking poles for the last time.

Only a month ago, he and his wife Helen returned from a hiking trip to Iceland, which included soaking in the natural hot springs there. Multiple Myeloma unexpectedly cut short his vital life.

Jack was a man ahead of his time. A native of Palestine, Texas, he graduated high school at age 16, graduated college at 20 and got his PhD in physics by age 24. After graduation, he taught physics for two years at Baylor University, his alma mater.

It’s also where he met his future bride, Helen Langston. They took a chemistry class together. He thought she was a little weird because she brought her pet rat to class and kept it on the windowsill. They married on August 23, 1953.

In 1959 they moved to Los Alamos where they reared two daughters: Karen (married to Dave Ruelli) and Lori (married to Martha Coder). Jack is also survived by his brother, Jerry Fuller, sister Jean Conroy (married to Martin Conroy), and great-granddaughter Korrine Blossom.

He worked at Los Alamos National Laboratory from 1959 until he retired at age 55 in 1988. He started in space physics and later became a group leader for satellite detection and then weapons engineering. He listened to group members and was known as being a good man to work for.

Jack was a man of enthusiasm – for hiking and fitness, for piloting planes, for skiing and tennis, and enjoying classical music and reading books. He was a vegetarian who ate bacon. He loved Mexican food, especially Helen’s chile rellenos.

After his daughter coerced him into going skiing the first time, he bought equipment for the family, skied two days every weekend and later served on ski patrol. In 1968, after reading Aerobics by Ken Cooper, Jack started running and ran regularly for the next 30 years, after which running was replaced by hiking.

When hiking, Jack was well known for getting off the trail. He liked to explore and bushwhack, and preferred fresh vistas on loop trails over out-and-back hikes (hence the bushwhacking). He designed and constructed personalized hiking poles for himself and their humanist hiking friends.

While Jack liked dogs, the family didn’t have their own. He’d get his doggie fix by interacting with the canines he encountered hiking and talking with the neighbors.

According to their daughter, Jack and Helen were the “poster children” for maintaining weight and fitness while aging. They vigorously hiked in the Sandia foothills on Tuesday, Thursday and Sunday, and worked out at the gym on Monday, Wednesday and Friday.

Jack was very much a scientist in his thinking and studied scientific subjects all his life. He was a great teacher and was good at explaining without making you feel stupid. When helping with physics homework he would patiently say, “Let’s look at it this way,” and “Did you draw a picture?” and proceed to explain how to approach the problem. He taught his sister, wife, daughters and grandson how to drive. His sister Jean recalls that she spent more time in reverse than drive.

After retirement, Jack was instrumental in organizing the Retired Public Employees of California – New Mexico chapter. He served as president of the organization for 17 years. He and Helen have also been active in the Humanist Society of New Mexico. Humanism is an ethical philosophy that derives its principles from science and reason rather than theology. It asserts the worth and dignity of every person advocating personal liberty tempered by social and environmental responsibility. Humanism promotes democracy, compassion and justice, and holds humanity responsible for its own affairs.

Jack was a man who was “all in” when he decided to do something. Then, when he was finished, he was finished. Jack Fuller has finished with this life, and it was a good one.

A celebration of his life will take place Sunday, September 13, 2:30 p.m. at the 1st Unitarian Church of Albuquerque Fellowship Hall, 3701 Carlisle Blvd. NE. For questions or more information call Karen at 505-280-0127.

In lieu of flowers, the family suggests you get outside and take a hike in Jack’s honor. Or, consider making a donation to the American Cancer Society specifically to help those with Multiple Myeloma.