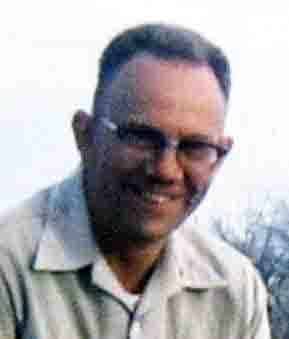 J. W. “Bill” Schultz passed away on Friday, May 18th after a long illness, surrounded by his loved ones.

Bill was born on May 15, 1929, in Madison, WI, the only child of Gustave and Alice Schultz. His childhood was spent in Madison, WI and Newburgh, NY.  In March, 1943, he moved with his family to Los Alamos, NM where his father had been asked to work with the Manhattan Project. In 1947 he graduated, in a class of 20 Seniors, from Los Alamos High School where he made many lifelong friends.

Bill was an avid sportsman and had a passion for golf. When the new golf course in Los Alamos was built he was asked to help design it. Over the years he played all over the country and he had many trophies won in tournaments.

He met Jeanelle Netz in High School and they were married on Sept. 11, 1951. They were always at each other’s side to the day of his passing.

He enjoyed motorsports as well, riding motorcycles and flying airplanes. Summers would find him hiking the trails of New Mexico, winter he often went snow skiing.

After serving in the Army he attended UNM where he was graduated with a degree in Mechanical Engineering. He was hired full time by the Los Alamos Scientific Laboratory where he worked as the engineering liaison in the machine shops at S-Site until his retirement.

Bill was predeceased by his father and mother, Gustav and Violet Schultz. He is survived by his wife Jeanelle of Española; and many nieces, nephews, grand-nieces and great-grand nieces and nephews and by his adopted family, LeAnn and children. He leaves behind many friends as well.

A memorial service will be celebrated on Wednesday, May 23, 2018 at 10:00 a.m. in the Chapel of Peace of DeVargas Funeral Home & Crematory. Burial will take place at 2:15 p.m. at the Santa Fe National Cemetery.

In lieu of flowers the family requests donations to a nature conservation organization, Lakeview Christian Home, Ambercare Hospice or your chosen charity. The family of J.W. “Bill” Schultz has entrusted their loved one to DeVargas Funeral Home & Crematory of the Española Valley. 505.747.7477 – www.devargasfuneral.com.