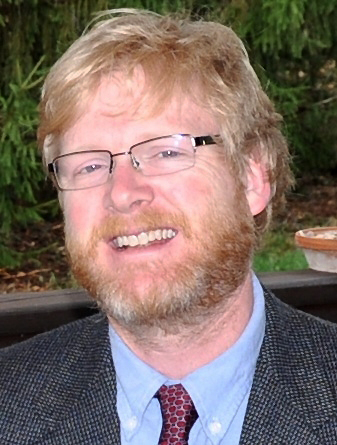 Gordon Neal Keating of Los Alamos, New Mexico died peacefully February 14, after a lengthy illness. He passed away at home surrounded by close family and friends.

He was preceded in death by his mother, Jody Keating, and is survived by his father, Richard Keating (of Edwardsville, IL.), wife, Elizabeth, daughters, Flannery and Zoë, and brother Phillip (of Denver, Colo.)

He grew up in Edwardsville, IL., and attended Carleton College in Northfield, Minn. He was passionate about geology, especially volcanology. After college, Gordon worked for the U.S. Geological Survey at the Cascade Volcano Observatory where he met Elizabeth.

Since 1995, Gordon has worked for Los Alamos National Laboratory. He published numerous papers in volcanology, helping to develop eruption and erosion histories for volcanic centers in Nevada.

He also contributed to projects related to energy sustainability. Those around him not only appreciated his sharp scientific mind, but also his gift for communication. Gordon was an attentive listener, and his flare for humor and light-heartedness was a keystone of his contributions to the scientific community.

Gordon was always clear that family was his first priority. He was a loving husband and devoted father to his two daughters. He worked a part-time work schedule for many years, to make it possible to be home with ‘his girls’ and organized many family backpacking, camping, rafting, canoeing and cycling trips.

Gordon’s gift for working with young people extended beyond the close family – he also felt a strong commitment to working with the youth groups at the Unitarian Church of Los Alamos. He was very generous in his time and energy with the UCLA.

Many people who know Gordon think of him first as a musician. He played string instruments since age 9, including violin, guitar and mandolin. Gordon loved traditional music, particularly Irish and Oldtime American, and played them with great skill and feeling.

He played for many years in a local traditional music band and was generous in sharing his knowledge and talent with band members old and new. He was as generous with his time as he was with his talent, playing in many community and charity events over the years.

A Celebration of his Life will be held at 2 p.m. Wednesday, Feb 20 at the Unitarian Church of Los Alamos with a reception to follow.