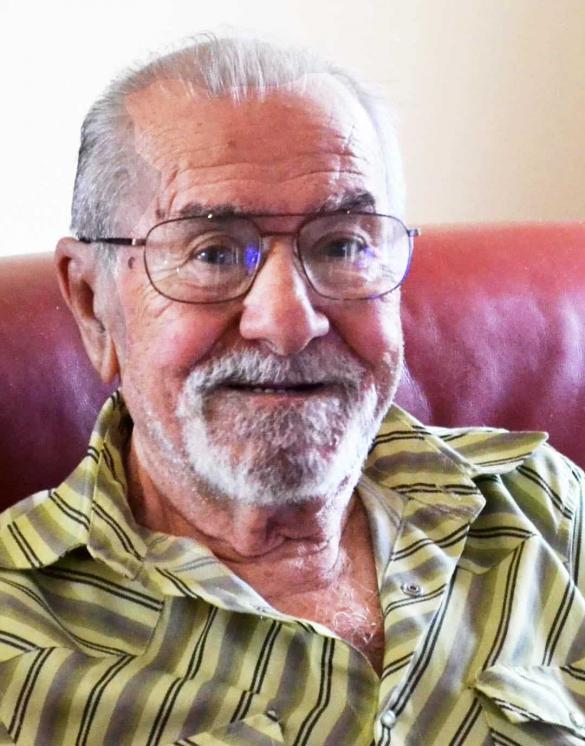 Gino Lucco was born Luigino Secondo  Francisco Giuseppe Lucco in Turin, Italy. Surrounded by family, he peacefully passed away in Los Alamos, NM on Thursday November 1, 2018, All Saints Day. He lived a full and rich life of more than 90 years.

Nestled in the foothills of the Italian Alps, Gino was born to parents Vittorio and Rosina Lucco, an Italian family from the Piemonte region of Northern Italy. While born in Piemonte, his family lineage dates back generations to the cape wearing Lucco’s, a noble family from the sovereign days of Venice before Italy became a country.

At the age of 4, Gino’s family fled Italy as the country began to descend into the chaos of Mussolini’s Italy. Luckily, Gino’s father Vittorio was a trapeze artist and talented entertainer, and he was able to acquire a visa to emigrate his family across the Atlantic Ocean to the shores of Argentina.

Gino grew up in the capital city of Buenos Aires, where he developed his own acrobatic talents while helping the new family business, making artisan furniture. He and his brother Franco developed their own entertainment act and performed in night clubs and cinemas, juggling, plate spinning, and performing acrobatics.

As a young man in Argentina, Gino spent much of his time working at the family furniture business. The family business was successful and grew so big they had to move across town to a bigger shop in a new quarter of the city. He always had a passion for singing and music and heard rumors of a gifted choir that regularly performed at the church near his families’ new furniture shop. It was here that Gino met his future wife and lifelong partner, Petty Raynaud. Petty was a singer in a mixed gender choir which was a rare phenomenon at that time in Argentina. She performed at weddings and ceremonies where Gino and his brother would go to listen whenever they could. This led to Gino and Petty falling in love and starting a rich life together.

Gino had become a serious athlete of track and field. He was a long jumper, pole vaulter, and sprinter and went on to become the long jump and pole vaulting national champion. In 1952, Gino was selected to take part in the Olympic Games in Helsinki as a representative for Argentina. This offer would change Gino‘s life forever.

In order to compete in the Olympics, he would have to become a citizen of Argentina. This was a difficult decision for him to make. At the time, the politics of Argentina were dominated by the controversial Peron government. To become an Argentine citizen and represent the Olympic National Team meant Gino could become a target during turbulent times in the country. He had to make a tough decision. Would he take his chance to make it as a professional athlete if it meant putting himself and his family in danger?

The risk was too much. He chose to protect his family and gave up his Olympic dream to oppose the Peron regime. In the following years Argentina became a more and more dangerous place and in 1960, Gino emigrated with his wife and three young daughters, Ines 6, Patricia 4, and Virginia 1, in hope of a promising life in Southern California. Soon after settling into the Los Angeles area, Gino and Petty celebrated the birth of their 4th daughter, Diana.

With a wife and 4 kids to feed, he set out to make a life for them in a new country. As with everything in Gino’s life, he infused his new dream with passion, talent, and infectious charm. One of his greatest pleasures was cooking good food for family and friends. He lived by a strong cultural value in the power of enjoying food with community. For him, cooking and sharing a tasty meal was at the center of a good life. His love of food led him to explore the culinary treasures of many cultures of the world. He learned recipes from Asia to the Middle East and from Europe to the Americas. Gino went on to start his own restaurant in Los Angeles where he shared his passion of food, his recipes, and his joy of community.

Gino’s fascination with diverse cultures came not only through food but also language. He was a linguist and became fluent in six languages (Italian, Spanish, English, French, German, Latin) and proficient in many more. He could often be caught teaching grandchildren phrases in other languages or quickly switching from one language to another depending on who was in the room.

Gino’s path led him to a career as a publisher with McGraw-Hill starting out as a Linotype operator. With his multilingual skills and charisma, he quickly moved his way up the ranks of the company, eventually rising to a manager and editor.

Later in life, Gino became a real estate agent and settled in Hesperia, a desert town outside Los Angeles. Here he treasured being “Abuelito” (grandfather) and spent many loving years with his daughters, grandchildren, and great grandchildren. In his final years, Gino and Petty moved to Los Alamos, New Mexico where he enjoyed opera, symphonies, cooking, and spending time with his family.

Gino brought joy and laughter wherever he went. His passion for experiencing a full life inspired and nurtured those around him. He loved telling jokes and stories. These were sometimes inappropriate but always performed with a twinkle in his eye and an anticipatory smile on his face.

Gino was a loving husband, father, grandfather, and great grandfather. He will always be remembered for the laughter, delicious food, and love that he shared with all who knew him.

Below is a message from Gino himself, an excerpt from his family recipe book which he curated by gathering the recipes (some centuries old) of his family and ancestors.

“There are many pleasures in life, and eating is one of them. In today’s frenzy to become thinner and leaner, often we put aside flavor, aroma, presentation, and nutrition in exchange for calories. What a mistake! I’m not a doctor nor a nutritionist, but my common sense tells me that when you are content and satisfied, your digestion will be a lot better, what you gave to your body for nourishment is properly absorbed and is not going to be stored as fat…

…A word of caution though, enjoying a meal does not mean stuffing and making a pig of yourself, and moderation should be the rule. I also suggested with some of the recipes what kind of wine should be served, that is just a suggestion, but if you do not like that particular one, drink the one that gives you more pleasure, or, if that is the case, drink milk, water or soda, remember, when sitting at the dinner table, try to enjoy what you like, if that does not fit with the set standards, well just too bad!” – Gino Lucco

He was preceded in death by his daughters Ines Virginia Lucco and Virginia Claudia Lucco. He is survived by his wife of 65 years, Petty, his two daughters Trisha Ancell and Diana Di Ioli, 13 grandchildren and 18 great grandchildren. Gino will be laid to rest in his family mausoleum in Turin, Italy. He is dearly missed.

The next time you enjoy a meal, raise a glass for Gino, tell a joke, and enjoy the flavor in your food. Remember to laugh together with your friends and family. There is nothing that would honor him more.