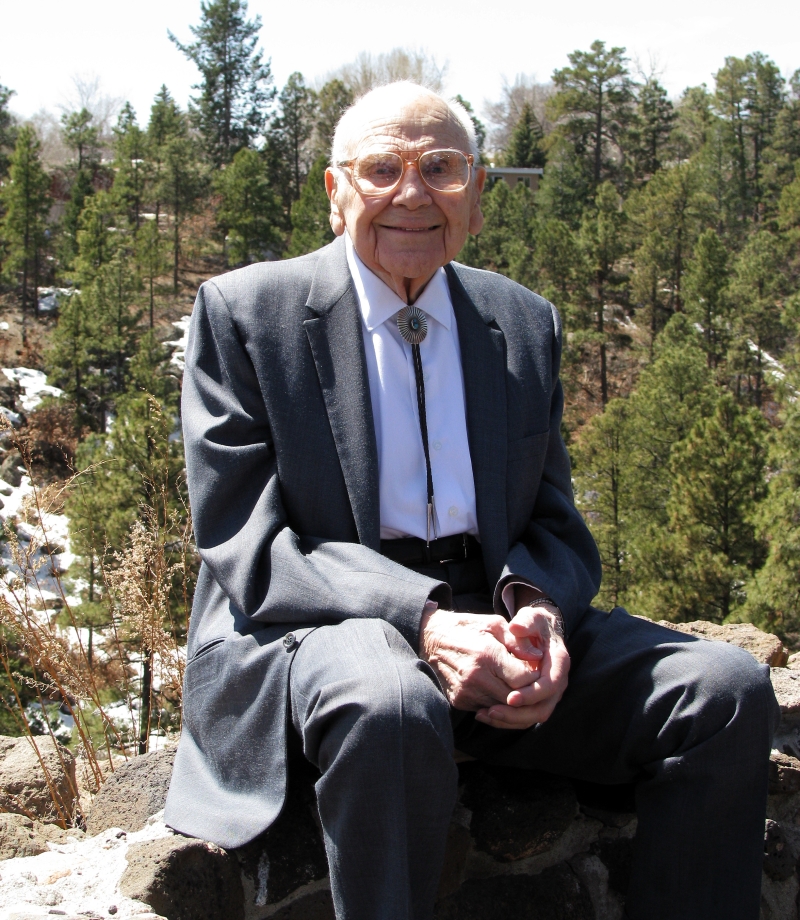 He was born in New York City, New York on Jan. 6, 1918. He grew up in Mt. Vernon, NY. His father, Edward F. Hammel, Sr. was a civil engineer. His mother, Louise Schultz Hammel, was a church secretary, loving housewife and mother.

Edward Hammel graduated from Dartmouth College in 1939 with a major in chemistry. It was at Dartmouth where he also worked as a waiter in Mrs. Rood’s Eating Club, the only one that served women living in Hanover. There was a room set aside for the women, called “The Ladies’ Room”. It was there he served a young lady by the name of Caroline Moore. She was director at the Hanover Nursery School. Shortly after they met in that “Ladies’ Room”, he proposed to her. He then went on to Princeton University to earn his Ph.D. in physical chemistry. On Aug. 22, 1942, he married Caroline Moore.

From 1941 to early 1944, Ed Hammel worked on heavy-water production and diffusion-barrier research for early Manhattan District work contracted to Princeton.

Ed and Caroline came to Los Alamos in June 1944. Ed began work on remelting, alloying, and casting plutonium, the material having the code name “49”.  For 25 years after the war, he was the group leader of CMF-9, the Low-Temperature Physics and Cryoengineering group. They worked to determine plutonium’s physical properties, explored superconductivity, cryoengineering, calorimetry, and high pressure physics.

In 1948, Ed Hammel, Steve Sydoriak and Ed Grilly were the first scientists to liquefy pure He3 and then study many of its properties.  In 1970, he returned to research, working on energy issues. In 1973, he became Q Division’s (energy) Associate Division Leader and in 1974, Assistant Director for Energy. He retired from the Laboratory in 1979.

He received a number of awards, including the Cryogenic Engineering Conference’s Samuel C. Collins Award and the W.T. Pentzer Award from the U.S. National Committee for the International Institute of Refrigeration.

Ed served the community on the LA school board, library board, hospital board, several Los Alamos County boards, and the University of New Mexico-Los Alamos Advisory Council. He was an active and founding member of the Episcopal Church. His contributions to science and to his beloved community will forever be remembered. He was a loving, dedicated and devoted husband and father. His joy and optimism spread to all he encountered. He will be truly missed, but graciously left us with so many Happy Memories. He would often quote Gilbert and Sullivan, “It’s a privilege and a pleasure that I treasure beyond measure.” Like him, we say, “It goes both ways.”

He is also survived by José, JoAnne, and Michael Garcia, Alicia and Amanda Ponce, who have faithfully cared for both Ed and Caroline, and have become like family.

Dear extended family and friends survive him as well.

Memorial contributions may be made to:

A memorial service tentatively will be held Friday, July 19 at 11 a.m. at Trinity-on-the-Hill Episcopal Church, 3900 Trinity Dr. in Los Alamos.