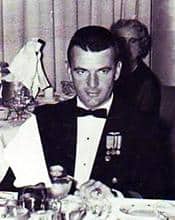 Douglas Avery Williams, a resident of Los Alamos, New Mexico, passed away peacefully May 4, 2019 at his home in White Rock, in the company of his family.

Douglas was born August 18, 1928 in Greenfield, Massachusetts, son of James Lowell Williams and Dorothy Pearl Wallace and brother of Peter Oliver Williams. With the untimely passing of his mother, he then acquired a gathering of stepbrothers: Bruce, Berkeley, Ronald, Roger and Eric Eastman, sons of Lowell’s second wife, Marie Barker Williams.

Douglas graduated in 1946 from Westfield High School (having been voted Smoothest Dancer, Class Pin-Up and Best Looking) and he joined the U.S. Navy, serving for two years as an enlisted man, then the Navy was kind enough to send him to college. He earned a Bachelor of Arts degree from Yale University (’52) where he was a member of Phi Gamma Delta (FIJI) and a life member of Mory’s. He then returned to shipboard life as a commissioned officer, choosing a career in submarines.

In 1955 he married Miriam Clyde Irvine (Singie), and they later had a daughter, Nancy Wallace, both of whom proceeded to follow him from one seacoast assignment to another in the time-honored nomadic tradition of the Navy.

Douglas devoted 31 years to the submarine service, serving aboard the diesel subs Grouper (SS-214), Entemedor (SS-340), Sennet (SS-408), and becoming Commanding Officer of the Thornback (SS-418). His first nuclear ballistic missile submarine was the Woodrow Wilson (SSBN-624), on which has he was a plankowner and member of the Blue Crew. In the late 1960s he was tasked to COMSUBLANT Northwood with NATO in England as a commander, returning to the US and serving three years in the Pentagon, and as a captain he was assigned to Command Ocean Systems Atlantic in Norfolk. He was also in command roles on two surface ships, as Executive Officer and plankowner on the U.S.S. L.Y. Spear (AS-36) and Commanding Officer on the U.S.S. Vulcan (AR-5), both based out of Norfolk. 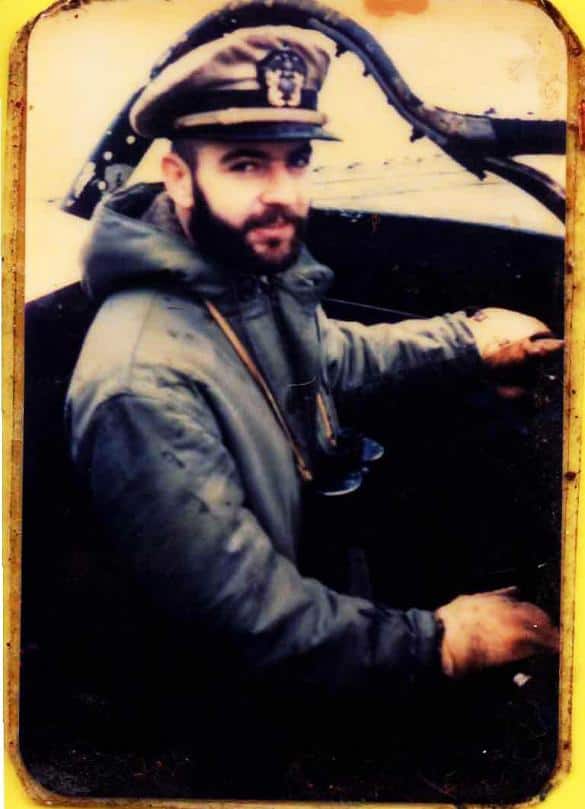 Douglas Avery Williams on a submarine in the 1960s in the Navy. Courtesy photo

During his career he received the Navy Commendation Medal with gold star, a World War II Victory Medal, the Navy Expeditionary Medal and a Defense Meritorious Service Medal with Bronze Star.

He retired from the Navy in 1981 and lived in Great Bridge, Chesapeake, Virginia, moving in 1989 to Chestnut Hill, a horse farm in Surry, Virginia.

He was an active horseman, riding to hounds for 30 years with the Princess Anne Hunt in Tidewater, Virginia and serving as field master and president of the hunt’s board of directors. He spent hours volunteering with the maintenance of the hunt country and kennels, and hosted numerous social events at Chestnut Hill. He was also active in local Scottish heritage (St. Andrews Society and Clan Wallace) activities, attending Scottish festivals and Burns Night events for many years.

In 2015 he and Singie moved to Los Alamos, New Mexico, where they became members of another foxhunt, Caza Ladron, of which their daughter is a Master of Foxhounds (MFH).

Douglas is survived by his wife, Singie, and his daughter Nancy, and son-in-law John Ambrosiano of Los Alamos, as well as two grandchildren, David and Laura Ambrosiano of Corvallis, Oregon and Vancouver, British Columbia, respectively.

A celebration of his life will be held at the Los Alamos Unitarian Church Fellowship Hall June 7, 2019 and his ashes subsequently will be scattered by members of Caza Ladron Hunt in a “gone-away” horn ceremony.

In lieu of flowers, donations are encouraged to Caza Ladron Hunt, P.O. Box 5353, Santa Fe, NM 87502 (www.cazaladron.ning.com) or to the sporting organization of your choice.