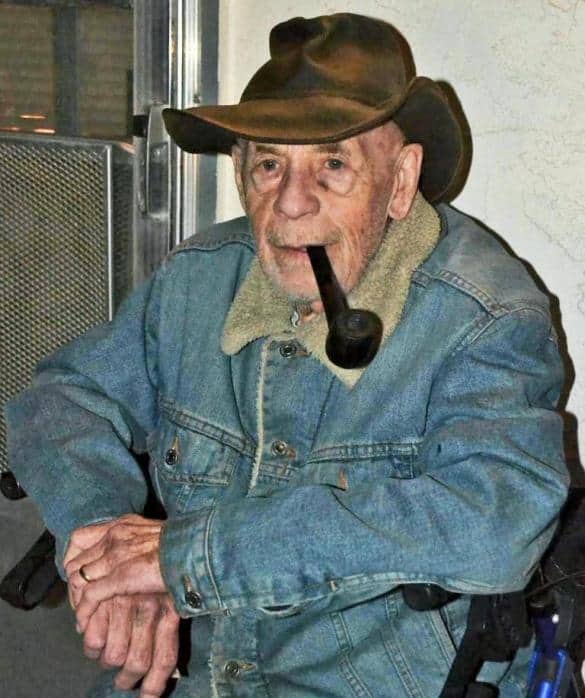 Donald Edward Humpton was born in Burlington, Iowa on March 6, 1932 to his parents Dorothy and Frank Humpton.

He grew up in Burlington where at age 14 he met the love of his life, Colleen Storrer. Colleen’s father owned a grocery store down the block from the Humpton household. Donald started making lots of trips to the corner grocery to see this girl. On June 17, 1951, at age 18 he married his sweetheart who was 17 and just a few days past her high school graduation.

In 1966 Donald moved his family to California where he worked for Monroe Business Systems, repairing large copiers and other business machines for companies all over Southern California. They lived for 5 years in Redondo Beach, before moving further south to Huntington Beach.

Donald was a great husband and loved his family fiercely. He had a strong faith in Christ, which he relied on to help him to guide his family. Raising 3 boys kept him on his toes while Julie was of course his little princess. All four children found their spouses in California. Craig married Sharon Odland in 1976 in Huntington Beach. In 1979 Julie married Todd Haines in Westminster. In 1981 Brad married Cindi Wilson in Tustin. Jeff married Sandy Henton in 1988 in Huntington Beach. Donald loved each of these additions to the family as his own. Later, after Sharon passed away, Craig married Kathy and Don took her under his wing as he always did.

Donald adored his grandchildren and they adored him. He was always happy to run his grandkids from here to there, pick them up from sports, school, ballet, or whatever was needed.  Whenever one of them needed an ear to listen Grandpa faithfully provided his. He was always happy to share his wisdom. He could easily be sweet talked by one of his many granddaughters. Once Rachael talked him into keeping a bedraggled stray dog that showed up on the front porch with porcupine quills in his nose. He named him Bear and kept this dog for the remainder of its life.

Grandpa and Gram’s house usually had various pets for kids to have fun with. He loved to encourage their creativity by helping them build things. Their California house had a swimming pool and many hours were spent swimming and splashing with Grandpa Don. He did the best cannonballs! He even took his grandson Tim and his friend out to first learn how to drive and even do donuts, even though Don was legally blind himself at the time.

After retiring in 1995, Don and Co decided to embark on a new adventure moving from the beaches of California to the mountains of White Rock, NM.  Now they were living near Todd and Julie and their kids. Soon Jeff, Sandy and 5 year old Rachael followed. Don enjoyed being surrounded by family here and also enjoyed many visits to and from Brad’s family in California over the years. Their little home was filled with love and laughter.

Craig moved in with Don and Co after his wife Sharon died in 2008. At first they were taking care of Craig and his broken heart, but over the years their roles reversed and Craig became their steadfast caregiver in the home. Don and Co spent the last 8 months of their 67 year marriage living together at Casa Real in Santa Fe. On Easter of this year Don was able to spend time with his wife and 3 of his 4 children. Though his other son, Bradley, lives in California they were also able to share some last moments over the phone. He went to bed Easter night and woke up in Heaven.

Donald is preceded in death by his parents, Dorothy and Francis Humpton, his brother Robert Humpton, and his daughters-in-law Sharon Humpton and Cindi Humpton.

Rest in Peace until we meet again.