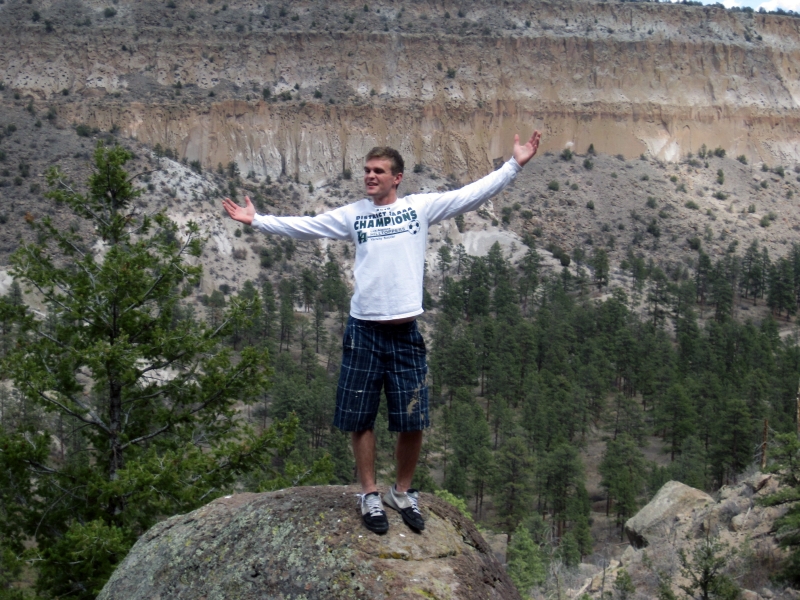 It is with great sadness that we acknowledge the passing of Dominic Paul Lucido, beloved son of Scott and Betsy Lucido.

Dominic was born February 18, 1993. The day he was born there was a rainbow across Pueblo Canyon. This was a sign of the beautiful, kind, and gentle soul he became.

Dominic left us on April 24, 2013, and his passing leaves a great hole in our universe. He is survived by his parents, Scott and Betsy, and his three adoring sisters, Clara, Robin, and Susanna. He also leaves behind his many aunts, uncles, and cousins with whom he spent many wonderful summers at his grandparent’s family home in Sandpoint, Idaho.

Dominic will forever be remembered as a talented musician, compassionate teammate, and dear friend. Dominic was active in sports at Los Alamos High School. During his senior year, his soccer team won the state championship, and he followed this up with a state doubles tennis championship. He continued his passion for tennis at the University of New Mexico as a member of the traveling club team. Dominic also taught youth tennis, in addition to pursuing his studies at UNM.

He will be greatly missed by both his by friends in Los Alamos and by those at UNM.

Dominic lit up everyone’s world. He was quick to smile and slow to judge, and was able to improve any situation with a hug and beautiful smile. His wisdom and kindness will forever be remembered and appreciated.

His memorial service will be 10 a.m. at Trinity on the Hill Episcopal Church Monday, April 29. If you would like to remember Dominic, please donate to the First Serve tennis program for youth. The contact address for this organization is elizabethchisholm@earthlink.net.