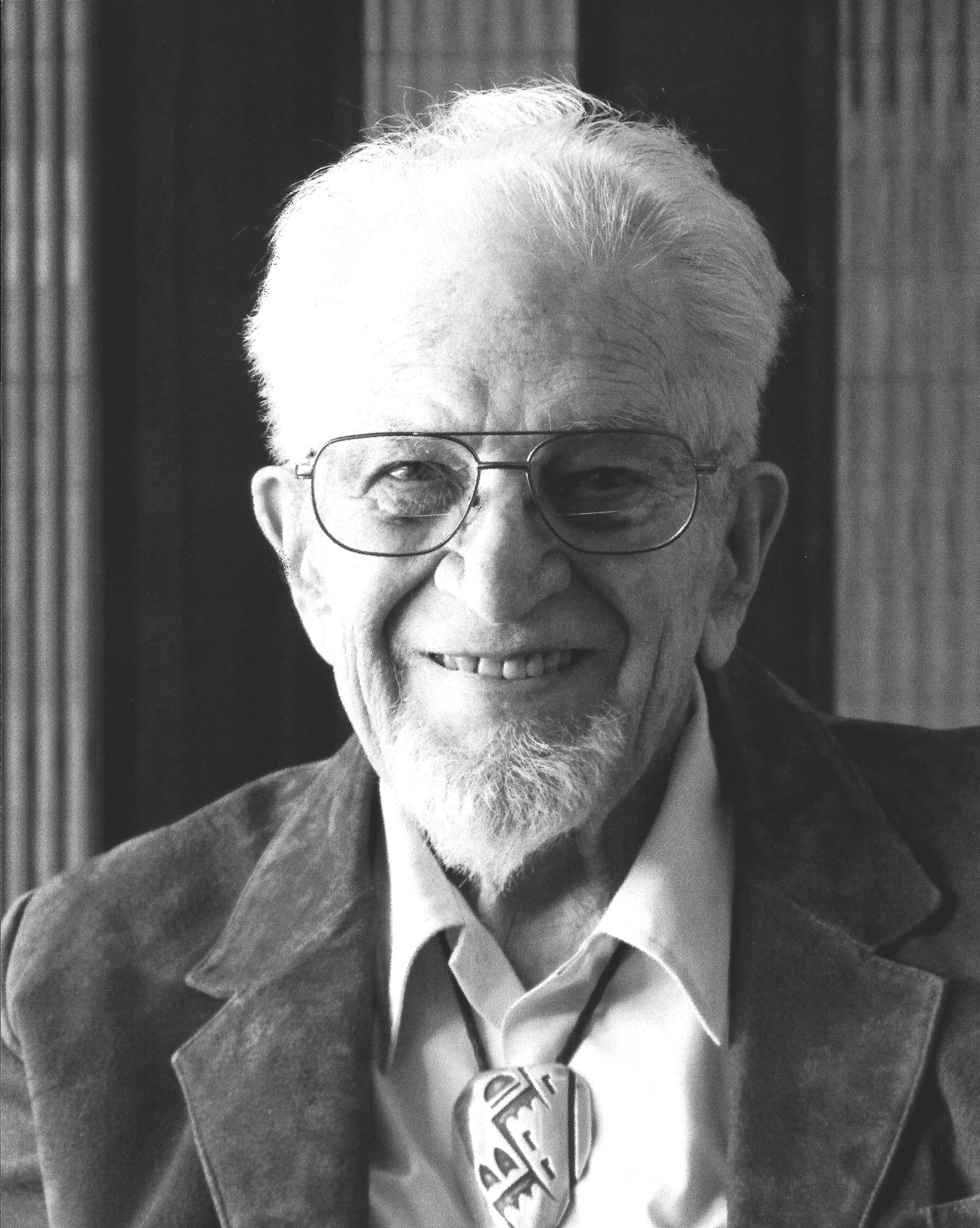 Charles Robert (Bob) Emigh passed away after a brief illness at his home on the afternoon of 31 July 2016, surrounded by his family.  Bob was born in Seattle, WA, on 7 April 1920, and grew up in Seattle, Denver, CO, and Arvada, CO.

He graduated with a degree in Electrical Engineering from U. of Colorado, Boulder, and worked for a short time with Westinghouse.  Volunteering for the US Navy, he trained in communications and radar.  In 1945, he was chosen by then-Captain “Deak” Parsons USN, Dr. Oppenheimer’s Associate Director, to join the Manhattan Project in Los Alamos.  After the war, Bob married Elizabeth (Betty) Bish, the love of his life, in 1946.  She came to Los Alamos with him, where they were devoted to each other for 64 years.

In 2015 Bob was recognized as a Los Alamos Living Treasure for his dedication to the community.  He helped to start the high adventure Explorer Post 20 and was their longtime treasurer.  As a result of his many activities with the Post, he was awarded the Silver Beaver Award, the highest honor awarded by the Boy Scouts of American to an adult scout leader.

Bob was a board member of United Way, and a charter member of the Board of Directors and treasurer for Jemez House for disadvantaged boys.  Jemez House Thrift Shop remains in White Rock. Bob was involved in the Kiwanis Club of Los Alamos since 1953.  He was their treasurer for over 14 years and was a Board Member several times.  He served as President of the local chapter of Kiwanis and as Lieutenant Governor of the Southwest district of Kiwanis International.  After his 50th year in Kiwanis, he was the Hixon Fellowship Award by Kiwanis International.

Bob worked on many projects at Los Alamos Labs, including designing the Injector Complex for LAMPF (now LANSCE); project director for the Intense Neutron Source; and as Associate Director for Energy Technology.

In 1982 he retired from the lab to become the Technical Director of the University of New Mexico at Los Alamo.  Under his leadership he developed and evolved the early versions of the Science, Engineering, Hazardous Materials and Computer programs for the University.

In 1988 he developed his own company, Cress Computer Systems, where he wrote many programs for LANL, financial programs for businesses, and registration programs for universities (UNM-LA, University of Buffalo, North Carolina State University).

Bob and Betty were known for their hospitality and good humor.  They were devoted to their family and enjoyed traveling around New Mexico and beyond with family and friends.  Betty preceded him in death in 2010.  He is survived by his sons: Robert (Pat Saint John) of New Braunfels, TX; Ted (Virginia) of Bloomington, IN; David (Phyllis) of Pomfret Center, CT; five grandchildren; and two great grandchildren.

In lieu of flowers, donations can be made to the Los Alamos Historical Society, the Espanola Wildlife Center, or a local charity of your choosing.  A remembrance open house will be on August 27 from 3 to 5 at the Hans Bethe House in Los Alamos.