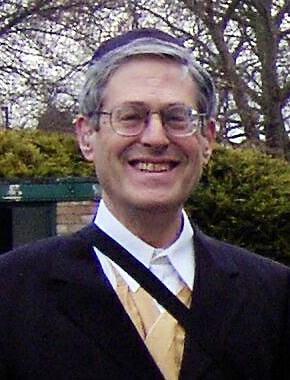 Burton Jay Krohn, long-time resident of Los Alamos, passed away on May 20, 2019, after fighting a brave, two-year battle against renal cancer. He was 78.

Burton was proceeded in death by his parents, Melvin Herbert Krohn and Lorna Kraus Krohn.

Burton was born in St. Louis, MO, in 1941. At age 10 years old he moved with his family to Nashville, TN, attending Julie Green grade school and Hillsboro High School. From a young age Burton began to show interest in the four areas that would remain a constant throughout his life: music, science, Judaism and close personal relationships.

Burt began studying piano at age 7, often doing solo’s through his teen’s, eventually becoming an accomplished classical pianist. Burton continued to play and perform in Columbus Ohio by joining the Saturday music club, mostly accompanying singers and occasionally playing solo. Burton also played for charity and the enjoyment of others his entire life, refusing to stop playing and singing even after losing his hearing. He passed on his love of music to his daughters and grandchildren, as well as many others in his community.

In high school Krohn won awards for science and academics, graduating near the top of his class. He attended Stanford University, later transferring to Vanderbilt University, graduating from Vanderbilt with a degree in Mathematics. He then went on to earn a  PhD from Ohio State University in Columbus, OH then Tallahassee, FL in Physics, specializing in spectroscopy.

On completion of his degree and post doctorate work he was hired by (then) LASL, where he was an employee for nearly 28 years, working in three different divisions including Theoretical Division and, later, Classification Group. He also worked and studied for a short time in Washington D.C. as a document classification reviewer. Every summer for years Burton attended the Ohio State Spectroscopy Symposium, often sharing slides he had worked on. He was very involved in the local chapter of IEEE (Institute of Electrical and Electronics Engineering). Over the years he attempted to explain his work in theoretical molecular spectroscopy to his wife and daughters, much to the frustration of all of them.

Burton committed to his faith at a young age, and was a regular synagogue attendee his entire life. After his Bar Mitzvah, age 13, he served as a leader in his Temple Youth. Throughout his adulthood Krohn held various positions and jobs in the congregations he belonged to, most notably as music chairman, organist and choir member for Temple Beth Shalom, Congregation Israel in ABQ, NM and later in Beit Tikva’s choir in Santa Fe for several years.

Burt was loyal and committed to his friends and family. He was known for first his dedicated letter writing, and later, his long distance phone calling. He was a loving and committed husband and father, submitting himself to everything from daddy/daughter Girl Scout sleep over weekends at Camp Elliot Barker to hours of ballet class piano accompaniment and drives to Santa Fe multiple times a week for Hebrew classes and music lessons each summer.

Burt and Susan took the girls to visit well-known sights in and around NM & Durango CO. Burton did it all cheerfully. Best of all were his ongoing Fifi the Mud Fairy stories that he told on the drives. Burt drove his family across country twice to show his daughter’s how big this country was. Burton and Susan were always active together, participating in Mountain Mixers Square Dance Club, volunteering with the Santa Fe Opera, acting as race monitors in Los Alamos for various causes, The Atomic City Road Runners, and later in the New Mexico Senior Olympics.

Krohn always had a smile on his face and a joke ready to make you laugh, but he was also a patient listener and problem solver. He devoted huge amounts of time to helping friends in need, and believed strongly in equal rights and freedom for all people.

The family of Burton Krohn would like to thank the numerous professional medical providers, Giving Home Health Care Nurses and Caregivers for the endless hours of care and support. We would like to thank especially the moral and physical support of the religious community. The Rabbi’s Martin Levy and Jack Shlachter for giving comfort to Burton in his final hours.

Graveside service was held on May 22 at Guaje Pines Cemetery. Memorial donations may be made to Los Alamos Jewish Center, Hadassah or MD Anderson Cancer Center.

Unveiling of the grave marker will take place on Thursday Aug 29, 2019 at 5:30pm at the Guaje Pine Grave site in Los Alamos, NM.