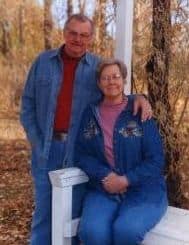 Bob Gene Cousins, 83, was born May 22, 1929. Born in Tulsa Oklahoma, he was the third of three children born to George and Ruth Cousins.
He spent his early childhood in Tulsa, where his father passed away when Bob was only 7 years old. He moved with his mother to Kentucky before settling in St. Louis, Missouri. He attended school there eventually graduating from University City High School in 1948.
He served in the Army during the Korean War, based in Germany where he was part of a demolition team cleaning up after WWII.
He returned to St. Louis where he met Mary Ellen Nordberg. The two married on Nov. 5, 1955 in Sparta Illinois. They settled in Chester Illinois where he worked as a lab technician and had three children.
In 1971, they moved to Escondido California, in search of better weather and more opportunity. He held several jobs there before becoming a foreman at a production plant where he worked for many years.
In 1973 Bob led his family in converting to the Church of Jesus Christ of Latter-day Saints. He was active in the church until his death participating in any way asked but his favorite assignment was as a home teacher. 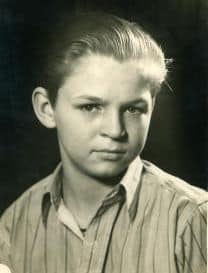 Dad was always happiest when he was doing something that benefited someone else. He volunteered for every move and every work project and when nothing formal was available he was finding ways to help on his own.
While living in Portland, Ore., Bob and Mary served two years as Missionaries directing a regional Genealogy Center.
Dad loved to keep busy. He was an avid gardener and kept and had a special love for roses. Until arthritis made it impossible to work with his hands, he could be found out in the yard or in his garage, building, making, planning and improving. He made many pieces of furniture. He loved to make jewelry. He made many of his own signature bolo ties and belt buckles.
He painted with water colors and loved to sketch with pencil and charcoal. His most prolific hobby was intricate scroll saw pictures.
He could fix anything and generally did. He was an amateur plumber, electrician, auto mechanic, framer, concrete finisher, cook and cabinet maker.
Dad was the consummate family man.
All of his vacation time was spent with his wife and kids when they were younger and at one or the other of their homes when
they were married and moved away. And he always wanted to do projects when he came.
He was completely devoted to his wife of almost 57 years. She came first and we knew it from a young age. He demanded that she was respected and he led by example. He served her, loved her and put her first, and took care of her until he died.
Bob is survived by his wife Mary, children Kelly (Roger) Lyon, Randall (Ruthy) Cousins and Rebecca (Stephen) Betts, 20 grandchildren and 16 great grandchildren.
He was our treasure and will continue to bless our lives as we look back at all of the great times we had together.
The family of Bob Gene Cousins has entrusted the care of their loved one to DeVargas Funeral Home & Crematory of the Española Valley. 505-747-7477
Menu
LOS ALAMOS