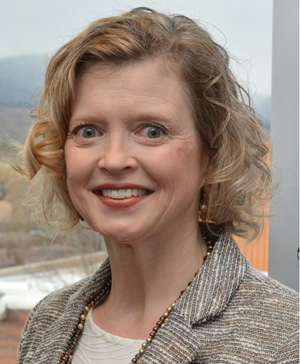 Beth Ramage Breshears, age 50, of White Rock passed from this earth into the loving arms of Jesus on June 14, 2017, after a courageous journey through ALS.

She was born August 5, 1966 in Cincinnati, Ohio to Thomas Warren and Jane Terry Ramage, who preceded her in death.

She attended Augusta, Georgia schools including the Academy of Richmond County, where she was Valedictorian and a cheerleader. She graduated from Furman University in 1988 with a degree in Accounting. She and Scott got married the same year. After earning her CPA, she joined Cherry Bekaert, LLP a public accounting firm, working part time when her children were young.

Beth, Scott, and two children moved to Los Alamos in 2002. They became active members of White Rock Baptist Church where she taught Sunday school and Vacation Bible School and was church treasurer for several years.

Beth joined Lorraine Hartway, CPA in 2010 and became a partner in Hartway & Breshears, CPAs in 2014. She was well respected by her colleagues and clients. She cared about her clients and her work was carefully researched. As her illness progressed, her mind remained sharp and detail-oriented. Beth was on the board of the Los Alamos Public Schools Foundation for over five years. In her tenure, she helped set the Foundation on solid financial footing by her clear and concise accounting advice, managing mandatory audits and taking time to demonstrate care for all students and teachers.

Beth was active and adventurous. Her bucket list included climbing one last Colorado fourteener, which she accomplished in 2015 with assistance from many faithful friends. She also toured France with her husband and children in 2015.

Beth is survived by her husband Scott, son Zachary, and daughter Hannah; sisters Alicia (Carlos) Markyna, Rebecca (Joel) Cantrell and Amy (Donald) Wheeler along with nephews, nieces, and other dear extended family. She also leaves behind many friends from White Rock Baptist Church and the Los Alamos community. Many people walked beside her through her ALS journey, including Debbie Johnson, her wonderful sister in the Lord. Her family gives special thanks to her loving caregivers LeAnn, Celenia, Nydia, and June and to Los Alamos Visiting Nurses for making her last days more comfortable.

Her faith was a bright light to many, even in her darkest days. The way she chose to deal with her disease – with strength and courage – made everyone around her proud to be her friend.