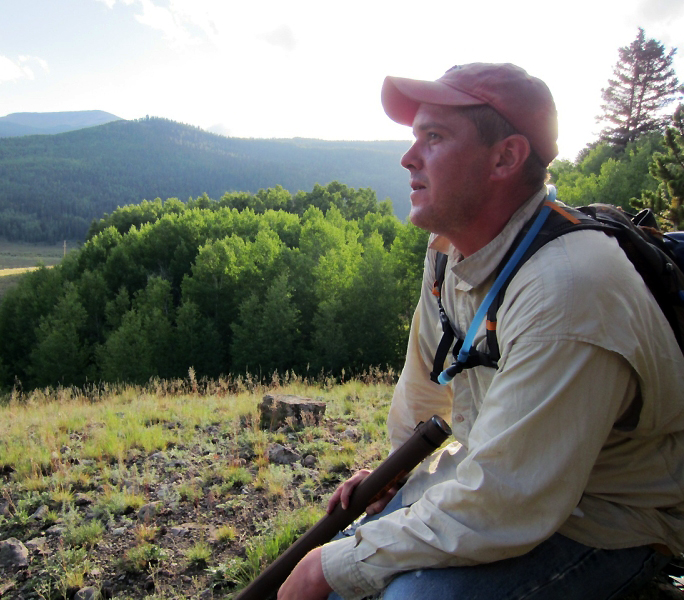 Ben was born in Bozeman, Mont., July 18, 1980. He attended public school in Bozeman and Los Alamos, N.M. He graduated from Los Alamos High School in 1999 and attended UNM receiving bachelors degrees in Biology and Chemistry and an associate degree in Applied Science in Applied Technologies.

He had worked as a technician at Lovelace Respiratory Research Institute.

As a boy in Montana, Ben loved to spend time with his grandparents in Butte. His grandfather (Papa) Dave Swanson taught him to play golf, tie flies and took him camping along the rivers to fly fish. He spent many happy times with family in Montana, New Mexico and Colorado.

Ben and Desiree (Gilpin) McBrayer had a daughter Mikayla in 2001, a primary focus of Ben’s life. He was a devoted father, reveling in Mikayla’s academic and athletic accomplishments.

They enjoyed time together playing board games, musical instruments, riding bikes, camping and just hanging out. Ben and Mikayla enjoyed watching the antics of his dog (Sasha) and cat (Darby) playing together.

Ben had recently begun taking Mikayla to some of the places that he had enjoyed growing up, including Chaco Canyon, Tsankawi and Bandelier.

They had many more trips in New Mexico and Montana on their wish list.

Ben was loving and kind. He could talk for hours with close friends and family. Some of his longest heart-to-hearts were with his sister Lora, with whom he shared a close bond that started in childhood.

He was a mix of philosopher and debater, engaging us all in discussions on many topics. He loved the out-of-doors, golf games, scuba diving, watching football, camping and fishing trips with family and friends.

Ben, we know you didn’t mean to leave so soon. We love you and will miss you. You will be remembered fondly.

A fund for Ben’s daughter, “Mikayla Whitmore College Fund” has been set up at Los Alamos National Bank. Supporting his daughter’s education was one of Ben’s highest priorities.