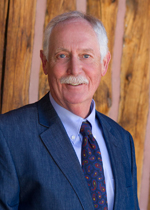 ALLEN HUGHES COGBILL Oct. 7, 1951 – Oct. 25, 2016
Allen Hughes Cogbill, age 65, died Tuesday, October 25, at St. Vincent’s Hospital in Santa Fe, NM with his loving wife Debra and his sister Lis at his side.
Allen was born Oct. 7, 1951 in Memphis, Tn. He was preceded in death by his parents Allen and Alice Cogbill of LaGrange, Tn. He is survived by his beloved wife Debra Lowenstein of Los Alamos, his two children: Madeleine Cogbill of Houston, Tx. and Andre Cogbill of Santa Fe, NM; his sisters Martha (Cogbill) Mulhern (Richard) of Baytown, Tx; Lis Cogbill (Chris Mikulin) of Mt. Pleasant, Mi; Lucy Cogbill of LaGrange, Tn,  2 nieces Cindy (Mulhern) Mills (Jeremy) of Lancaster, SC, and Jessica Mulhern of Baytown, Tx. and 2 step-sons: Jerome Haltom of Dallas, Tx. and Thomas Haltom of Seattle, WA.
Allen’s first schooling took place in a one-room schoolhouse near LaGrange. Allen graduated with a PHD in Geo Physics from Northwestern University in Chicago. He received advanced degrees from Cal Tech and West Virginia Tech in Geo Physics. He worked at the Los Alamos National Laboratory for 28 years before starting his own business “Geophysical Software”. He wrote software as well as doing contract work for various companies including the National Lab.
Allen was an ardent baseball fan throughout his lifetime and he insisted that his sisters learn to play so he could practice. There were no Little League teams in the small town of LaGrange. He was a big fan of the New York Yankees.
Allen was a wonderful husband and totally adored. He had a brilliant mind, an incredible memory. He was kind, hard-working, honest and gentle. Allen was involved with the Libertarian Party for many years and was their current treasurer. Allen loved and practiced the Jewish religion and raised his children Jewish.
Allen will be so missed by his wife, family and all who knew him. His funeral took place on October 27, Thursday and he was buried at Guaje Pines in Los Alamos.
If you would like to send contributions in Allen’s name please consider the Los Alamos Animal Shelter, The Libertarian Party or the Los Alamos Jewish Center.
Menu
LOS ALAMOS