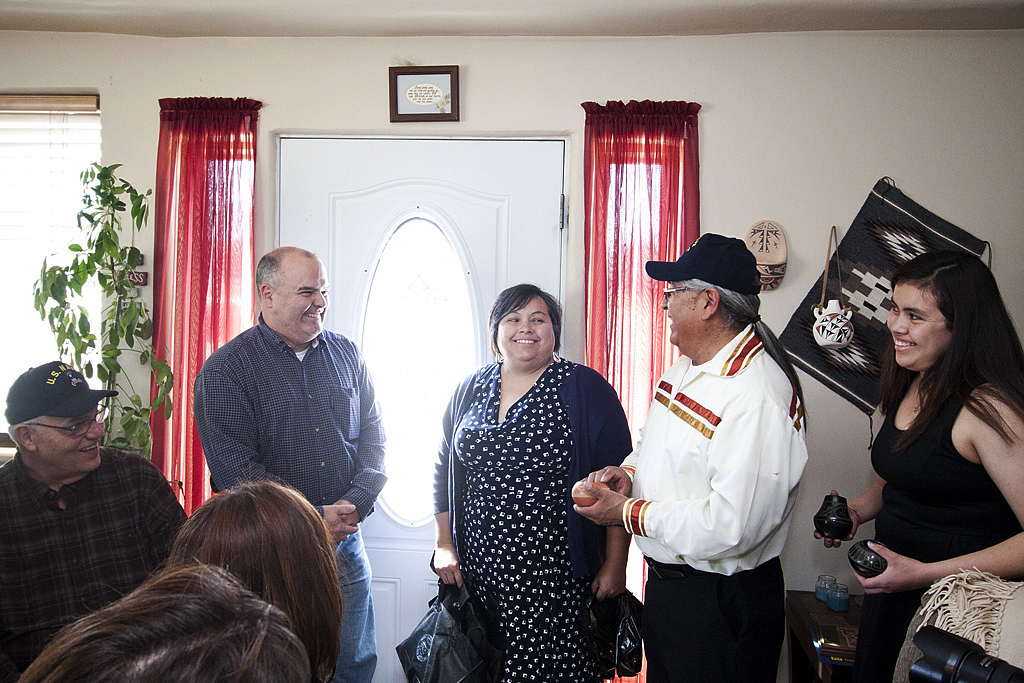 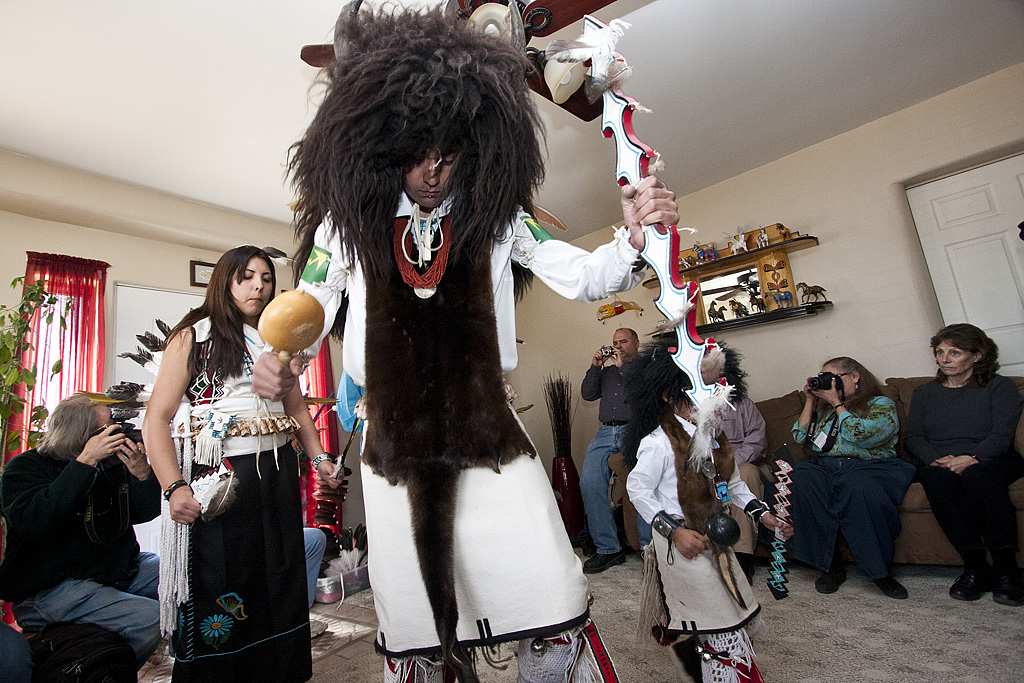 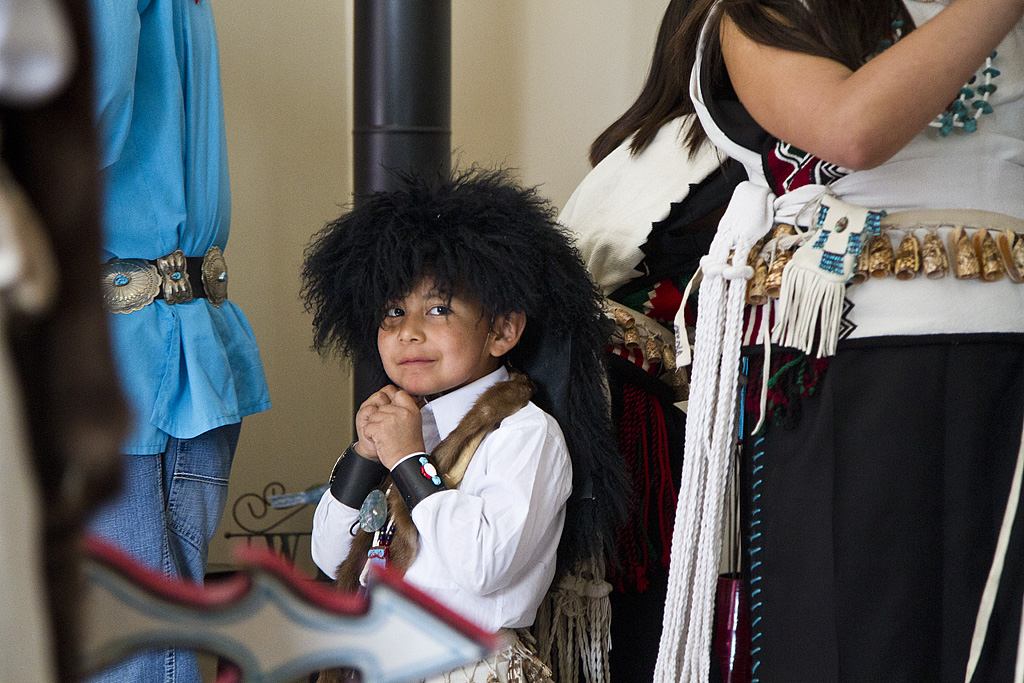 Jerome Trujillo, 5, a member of the Red Turtle Dancers has been dancing since he was 2 years old. Photo by Salvador Zapien/ladailypost.com

The Navy officers were invited to make the trip from Pearl Harbor in Hawaii to Northern New Mexico after Deborah Torres of the San Ildefonso Pueblo learned about them from Rick Carver, chairman of the USS Santa Fe Committee.

She invited Poe and Gonzalez to her Pueblo home along with some 50 special guests including Mayor David Coss of Santa Fe and Executive Director Kurt Steinhaus of the Community Programs Office at Los Alamos National Laboratory.

Torres’ husband Elmer Torres was governor of San Ildefonso Pueblo in the 1990s and worked at LANL for nearly 40 years, serving as the Lab’s tribal liaison to the Northern New Mexico Pueblos.

His father served in the Navy during World War II.

The Torres invited the Pojoaque Pueblos’ Red Turtle Dancers to perform traditional dances in the living room of their home Saturday for Poe and Gonzalez. Dancing indoors is rare but Saturday’s strong winds forced the performance inside.

The Torres served the Navel officers and guests a traditional Native American lunch.

“This is a special honor for us,” Deborah said. “I’m very patriotic, I love our country and I love these men who protect us.”

There are 120 sailors on the 351-foot U.S. Navy nuclear submarine. Poe spoke about the long history of women in the military not having the opportunity to serve on submarines.

He explained that the older submarines did not have segregated sleeping areas or restrooms to accommodate women, but said submarines are now being designed with women in mind.

“For so long we didn’t allow women on submarines and we were ignoring such a talent pool,” Poe said. “In December, the first three women qualified and got their Dolphins. I think it’s fantastic.”

During their New Mexico trip, Poe and Gonzalez visited the University of New Mexico Naval ROTC and the ROTC group at Santa Fe High School.

They were not able to visit the Los Alamos High School NJROTC but plan to return over Memorial Day with about 10 sailors to perform community service projects in the area, Poe said, and intend to visit the local community at that time.

See the history of the USS Santa Fe at www.usssantafe763.net. 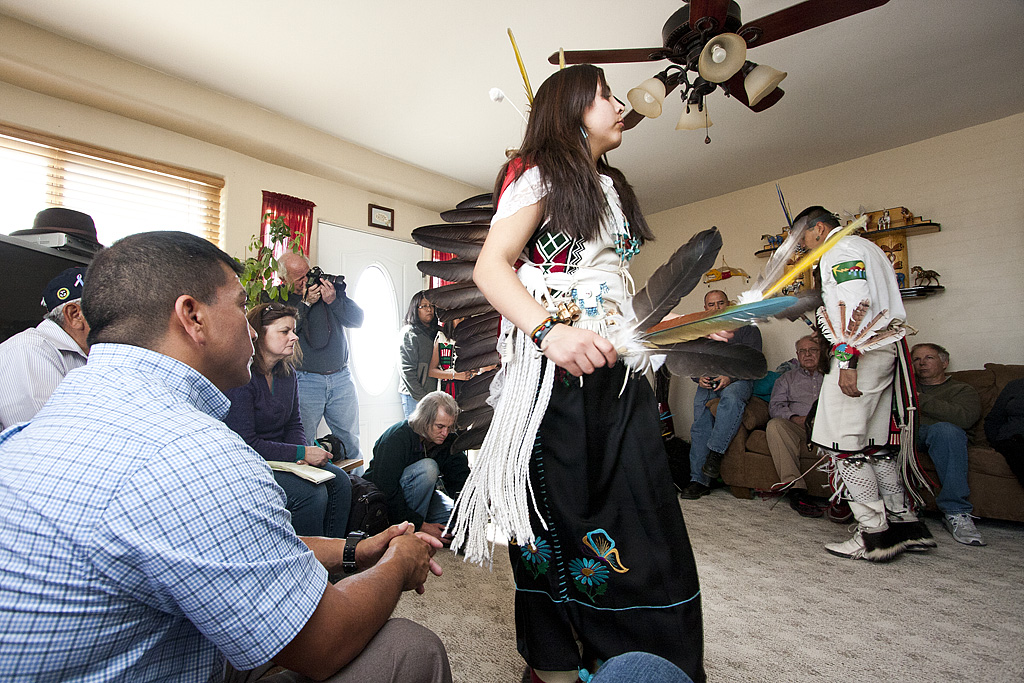 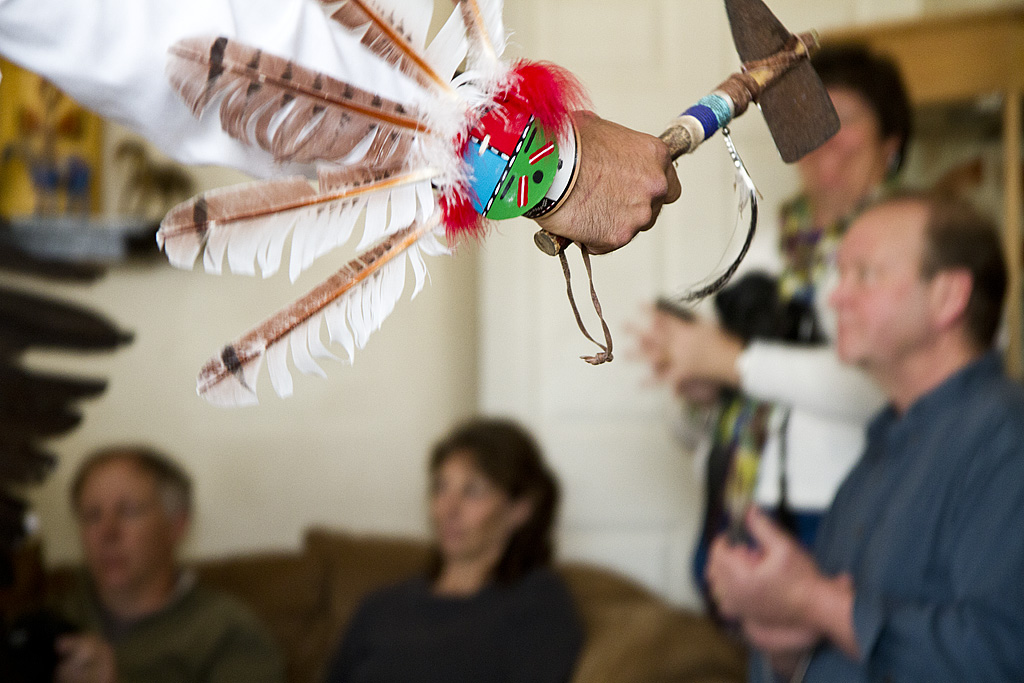 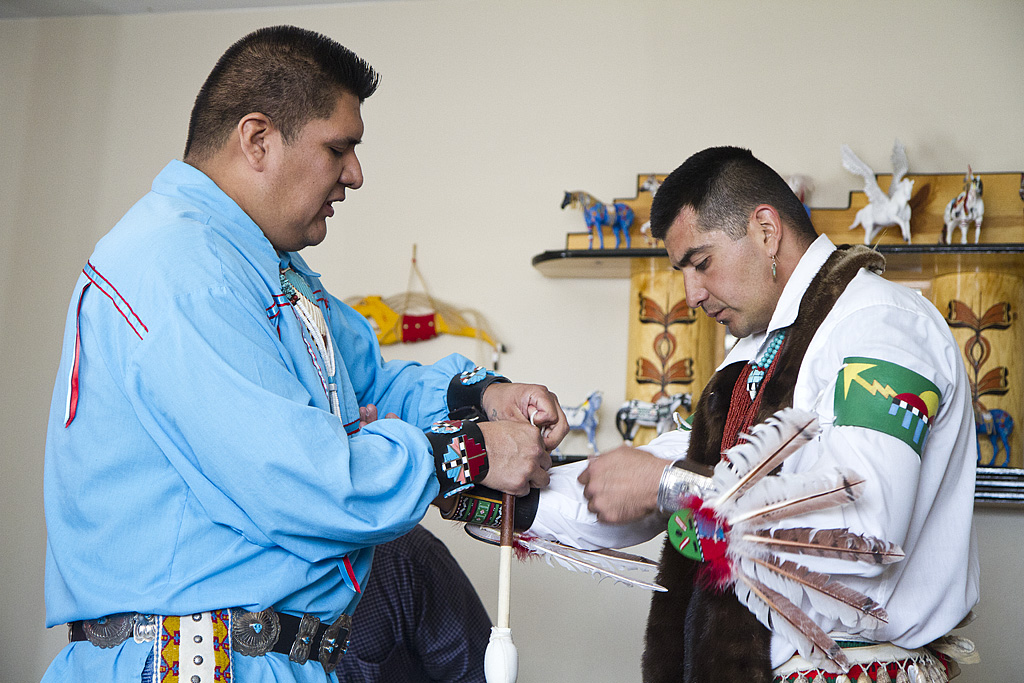 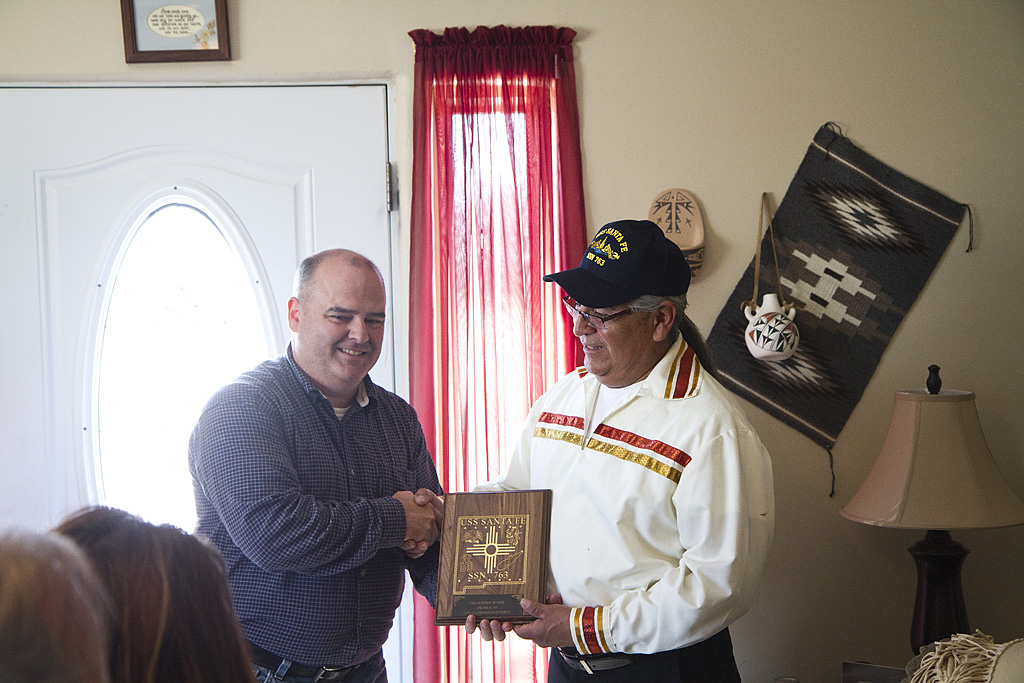