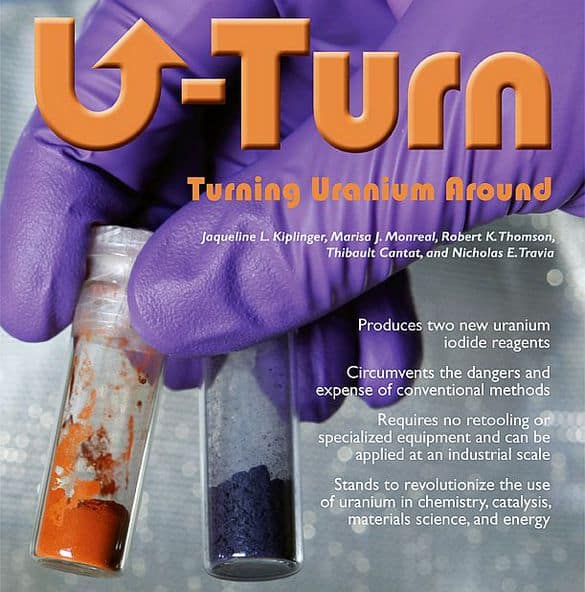 “Congratulations to this year’s R&D 100 award winners,” Energy Secretary Steven Chu said. “The research and development at the Department of Energy’s laboratories continues to help the nation meet our energy challenges, strengthen our national security and improve our economic competitiveness.”

Awarded annually by R&D Magazine to the best technological advances at universities, private corporations, and government labs around the world, the R&D 100 Awards are recognized as the “Oscars of Innovation.”

First awarded in 1963 as the I-R 100s, many have become household names, helping shape everyday life for many Americans.

“The men and women working throughout the nuclear security enterprise are at the leading edge of science and technology,” said NNSA Administrator Thomas D’Agostino. “This year’s R&D 100 award winners are receiving well deserved recognition for their work to implement the president’s nuclear security agenda, enhance our national security and overcome some of our greatest challenges. For that I extend them my most sincere congratulations and thanks.”

The following is a list and summaries of the R&D 100 award recipients at NNSA sites and laboratories this year:

Sequedex makes it possible for a scientist to explore a community of microorganisms by analyzing the DNA from a spoonful of dirt, during the course of an afternoon, using equipment that could be carried on the back of a mule. This award was won by Joel Berendzen, Nicolas Hengartner, Judith Cohn and Benjamin McMahon. 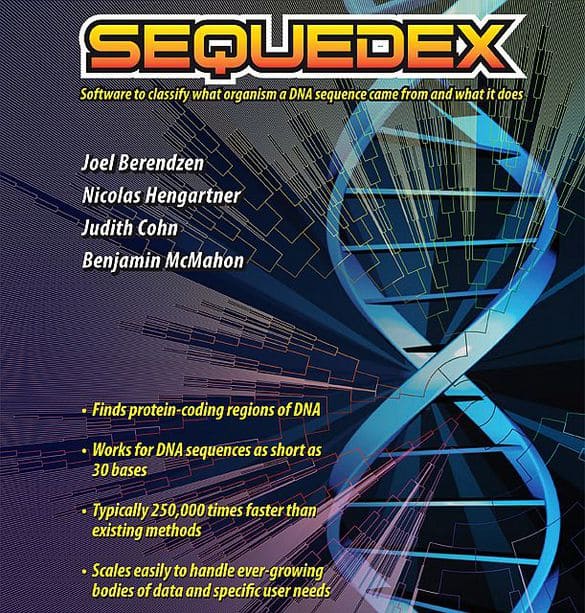 Since 1978 Los Alamos has won 124 of the prestigious R&D100 awards that celebrate the top 100 proven technological advances of the year as judged by R&D Magazine. These technologies include innovative new materials, chemistry breakthroughs, biomedical products, consumer items, testing equipment, and high-energy physics.

Since 1995, winning innovations have returned more than $45 million in funding to Los Alamos in the form of Cooperative Research and Development Agreements, Work for Others, User Facility Agreements and licenses.

To enhance the operability of these laser facilities, as well as meet the requirements of future laser-driven fusion power plants now under conceptual design, LLNL engineer John Heebner has developed LEOPARD – Laser Energy Optimization by Precision Adjustments to the Radiant Distribution. LEOPARD precisely adjusts a laser beam’s radiant distribution or intensity profile, enabling the beam to extract the maximum amount of energy from the laser amplifiers while preserving a high degree of reliability among the optical components.

The LEOPARD system may also find use in laser-based machining, surgery, lithography and defense applications.

A team of LLNL researchers, led by Natalia Zaitseva and Steve Payne, has developed the first plastic material capable of efficiently distinguishing neutrons from gamma rays, something not thought possible for the past five decades or so.

With this major technology advance, pulse-shape discrimination using plastic scintillators can offer the same or even betterresolution compared to standard commercial liquid scintillators, but without the associated and well-known hazards of liquids. And with the material’s low cost, huge plastic sheets could be formed easily into dramatically larger surface areas than other neutron detectors currently used and could aid in the protection of ports, stadiums and other large facilities.

A key problem for a commercial tokamak is distributing the hot plasma exhaust of hundreds of megawatts over a sufficiently large wall surface area. Existing techniques magnetically divert the heat flux to specially designed plates, yet the projected power density is well beyond the capability of any material.

The Snowflake Power Divertor, developed by LLNL researcher Dmitri Ryutov, uses a previously unknown configuration of the divertor magnetic field whose shape is reminiscent of a snowflake. The resulting magnetic field lines spread the exhaust over a larger wall area and reduce the exhaust heat flux to manageable levels.

The Snowflake Divertor already has demonstrated large heat-flux reduction in tokamaks in Princeton, N.J., and Lausanne, Switzerland, and will be installed in several facilities under design.

“The idea of a computer chip-shaped neutron source — compact, simple and inexpensive to mass-produce — opens the door for a host of applications,” Elizondo-Decanini said. Mounting the package on a computer chip allows varying numbers of layers in a stack, and the layers can be rotated for radial discharge to ramp up output.

With the Sandia Cooler, heat from a conventional CPU cooler is efficiently transferred across a narrow air gap from a stationary base to a rotating structure. The normally stagnant boundary layer of air enveloping the cooling fins is subjected to a powerful centrifugal pumping effect, causing the boundary layer thickness to be reduced to ten times thinner than normal.

The Sandia Cooler also offers benefits in other applications where thermal management and energy efficiency are important, particularly heating, ventilation and air-conditioning (HVAC).

The cells are created using mature microdesign and microfabrication techniques, said Sandia researcher Vipin Gupta. The cells are then released into a solution similar to printing ink and ‘printed’ onto a low-cost substrate with embedded contacts and microlenses for focusing sunlight onto the cells.

Each cell can be as small as 14 microns thick and 250 microns wide, reducing material costs while enhancing cell performance by improving carrier collection and potentially achieving higher open circuit voltages. The technology has potential applications in buildings, houses, clothing, portable electronics, vehicles, and other contoured structures.

“We’re taking advantage of DNA sequencing technology,” said Sandia’s Kamlesh (Ken) Patel. “Reading the genetic code, the original building blocks, allows you to begin characterizing a pathogen at the most basic level.” Patel leads the Automated Molecular Biology (AMB) research to scale down and automate traditional sample preparation methods such as normalization, ligation, digestion and size-based separation — methods that traditionally require a skilled scientist and take days or even weeks.

The hub functions like a train station for samples, shrinking and enlarging samples as necessary and manipulating their speeds. Samples are cargoed within a microliter-scale droplet that is spatially moved across the Teflon-coated surface of the hub when electrostatic forces are appropriately applied. The hub moves samples from one step to the next with the flexibility to skip or repeat steps on the fly. The hub also manages the size of the sample, extracting the right amount for each process.

A significant advance in VLP is the unique laser-alloying technique that prevents cracks on materials that are typically prone to cracking. With the alloying technique, it is possible to reseal containers by welding them with the alloy material and then certify these seals to the highest standards, thus allowing nondestructive certification and reuse of sampled containers. This award was won by Los Alamos National Laboratory and Y-12 National Security Complex.

As recently as one year ago, scientists measuring shock wave surface velocities typically collected four channels of velocimetry data, and used extrapolation, assumptions and models to determine what was occurring in regions of the experiment that were not observed directly.

Thanks to advances in probes, digitizers and technology in telecommunications, scientists David Esquibel and Howard Bender from National Security Technologies, LLC, with assistance from Livermore researcher Ted Strand, were recently able to record 96 channels of data for a fraction of the original cost, using MPDV.

MPDV has been used at NIF and has allowed scientists at Los Alamos National Laboratory and the Nevada National Security Site to gather velocimetry data on key national security work at unprecedented density and comprehensiveness.