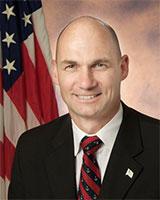 The experiment, conducted by staff from NNSS, Los Alamos National Laboratory and Sandia National Laboratories, gathered scientific data that will provide crucial information to maintain the safety and effectiveness of the nation’s nuclear weapons.

“Challenging subcritical experiments maintain our capabilities to ensure that we can support a safe, secure and effective stockpile without having to conduct underground testing,” NNSA Administrator Thomas D’Agostino said. “I applaud the work done by the men and women who worked to make this experiment successful. Experiments such as this help deliver President Obama’s nuclear security agenda.”

“Diagnostic equipment fielded by our scientists resulted in more data collected in this single experiment than all other previous subcritical experiments,” said NNSA Deputy Administrator for Defense Programs Don Cook. “This type of data is critical for ensuring our computer simulations can accurately predict performance, and thus continued confidence in the safety and effectiveness of the nation’s stockpile.”

The experiments are subcritical; that is, no critical mass is formed and no self-sustaining nuclear chain reaction can occur; thus, there is no nuclear explosion.