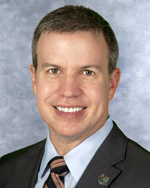 SANTA FE – The New Mexico State Auditor’s Office and Northern New Mexico College (NNMC) issued separate press releases this afternoon  announcing that an investigation has discovered an estimated $200,000 of the college’s money is missing and is suspected stolen by a senior administrative employee.

State Auditor Tim Keller said of the findings, “These were hundreds of thousands of dollars that should have been serving students and faculty, not the personal benefit of an employee.”

NNMC President Richard Bailey confirmed to the Valley Daily Post that evidence of past financial irregularities came to light Monday and that the discovery occurred in relation to the College conducting the current fiscal year’s audit. In a telephone interview this afternoon, Bailey said that the College informed the State Auditor and State Police of its findings Monday, the same day the discovery was made. Bailey also said and that a senior administrative staff member in the Finance Office resigned after the financial discrepancies were found.

Bailey said, “The College has been working very hard to make sure all of our processes and procedures are clean. That means looking into not only things that are happening now, but things that also happened in the past so we can make sure we move forward as a college the right way.” 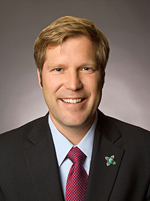 An additional statement from NNMC said the College cannot comment further at this time, “but we will fully cooperate with the investigation, and will answer all questions as the ongoing investigation allows.”

State Auditor Keller added, “We are working quickly to help bring accountability to the matter, and we appreciate the cooperation of the College and law enforcement. The discovery presents another opportunity for the College to right the ship by implementing policies and procedures to keep this from happening in the future.”

The State Auditor’s office said that along with missing cash, checks were not deposited that deprived the college of additional funds. The Auditor is referring the criminal matter to the State Police and First Judicial District Attorney Marco P. Serna.